How I treated my baby’s eczema 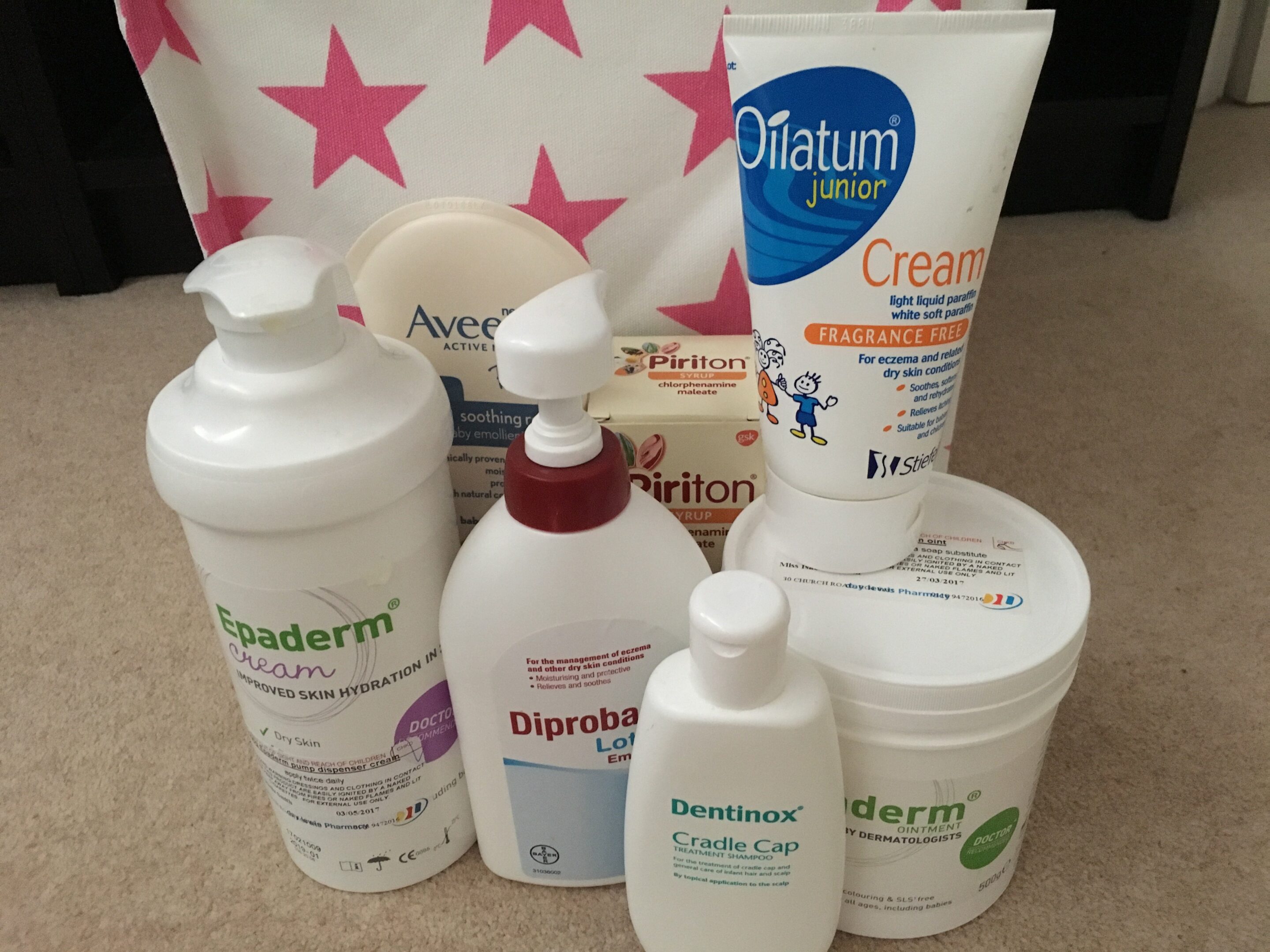 One in eight babies may suffer from eczema at some point in their first months, according to the NHS. GPs will tell you there’s a lot of treatment choices out there, it’s just a matter of finding the right one.

However when this itchy, red rash covers your baby’s skin it becomes a pretty personal and stressful battle, at least in my experience. Bubba Two has not had severe eczema, I know that other children have it so much worse. Her skin never became badly infected, though it was pretty raw and swollen at one point, so I really feel for parents and their kids who do suffer from more severe outbreaks.

Bubba Two’s eczema started on the tops of her feet where the creases are as the feet meet the legs. She was born with pretty dry skin in that spot but I stuck to simple oil to moisturise her. Johnson’s baby oil has always worked to keep Bubba One’s skin silky soft, but she has never had eczema.

Bubba Two soon developed red patches around her neck. Bubba One did have this but it cleared up simply by washing with water and drying gently every day. Bubba Two’s red neck is still there seven months on. She also got red patches on her tummy, elbow creases, under her arms and behind her knees. A big dry and red patch then developed on her lower legs too.

Then there was the cradle cap. Bubba One had this, but it cleared up within a few weeks by using olive oil and gently exfoliating it off. Bubba Two’s was stubborn and so severe all her hair fell out. She also itched her head constantly. She left huge scratches that would bleed no matter how short I managed to file her nails down. It was awful to see. Scratch mitts and hats didn’t help. She only had to pull them off for a few seconds to cause a lot of damage. I made sure she wore a hat whenever we went anywhere as I worried people would think I wasn’t doing enough to stop her scratching.

She had huge yellow flakes all over the top of her scalp. Nothing would shift it. I tried various oils, creams such as Epaderm, Oilatum and Aveeno. I was finally prescribed Epaderm Ointment for her skin and scalp. This stuff is like Vaseline and it’s an absolute nightmare to handle. Greasy and messy. It covered Bubba Two’s clothes. It also didn’t do the job. However I do still use it as a cleanser in the bath and it is good at locking in moisture.

Another GP prescribed antibiotics. They didn’t work. We also tried hydrocortisone cream. This cleared up some of the red patches temporarily but they always came back. We were prescribed Piriton which can be used for under ones but only under advice from a GP. This was to treat the rash and her itching, which I suspected was partly responsible for her frequent night waking. This had the bonus impact of getting her to sleep to 4am instead of waking four times a night, hooray. However it didn’t rid her of the red skin.

I cut out dairy for two weeks as apparently eczema can be caused by dairy allergy or intolerance. The dairy consumed by mum gets passed into breast milk. Ditching dairy was hell. I love chocolate, milk, cheese and about a million other things that contain dairy. Turns out dairy is in A LOT of stuff. I found this so hard even just for two weeks so hats off to anyone who has done it longer, I don’t know how you manage! Anyway, this made no difference, thankfully!

So after all this we were given a referral to the hospital. That was in April. The appointment isn’t until the end of August.

The NHS waiting time nightmare aside, I was on my own and I had enough tubs of cream and ointment to open a branch of Boots. In the end it was a bit of internet research that helped. Many people recommended Dentinox shampoo for the cradle cap. I couldn’t find it anywhere online or in shops until I stumbled across a bottle in Tesco. After just a week her scalp looked better. After another two weeks the cradle cap was gone and it’s still gone.

Hubby found a better cream for the skin by accident. He spotted a tube of Dermalex for babies at our pharmacy. It’s expensive at £24.99 for 100g. But this has improved her skin no end. She still has red outbreaks, currently around her wrists, but it’s nowhere near as angry. Her legs have cleared up and there’s no more red skin on her tummy. She is not scratching anywhere near as much as she used to.

So now we wait for the hospital appointment, though I expect her skin may be even better by the time we get there! I hope it is something she just grows out of. Time will tell.

Has your child suffered from eczema? Do you have any tips for treatment?