The best Christmas movies for toddlers

At Christmas there’s nothing better than snuggling up together as a family to watch a festive movie.

If you have young children, then you will want to choose a Christmas film that is appropriate for your toddler so that they enjoy the fun too.

There are tons of great festive films that are appropriate for your toddler, and won’t make them too bored.

I’ve found that certain live action movies that I love, such as Home Alone, don’t really hold my toddler’s attention for long enough. They like the funny bits towards the middle and end of the movie, but they find the first 30 minutes a bit too slow.

However it really depends on your child as to whether they can cope with a Christmas movie that has a lot of talking in it. As long as the cinematic rating is U (Universal) then the content will be fine for your child.

If you’re still unsure of whether a movie you’ve never seen before is appropriate for your toddler top watch, you can check Common Sense Media which provides reviews and guidance for parents.

These festive movies chosen in this article have been selected because they are ideal for toddlers. Many are animated, but there are a couple of live action ones too.

I’ve also included running times so that you can make a selection that fits with your movie viewing plans.

So check out this list of perfect Christmas movies for young children.

One last thing, if you want a list of Christmas movies for toddlers available on Netflix then check out this post.

How to make a festive Christmas Eve box

How to get your kids to sleep on Christmas Eve

A fun festive tale of a robin raised by a family of burglar mice who sets off to prove herself to her adoptive family.

Voices for this Aardman short on Netflix include Gillian Anderson and Richard E Grant.

A festive movie starring Kurt Russell made by Netflix. After accidentally crashing Santa’s sleigh a brother and sister work together to try and save Christmas with the help of Santa!

A must-see for fans of Trolls.

When Queen Poppy realises that Bridget and the Bergens don’t celebrate Christmas she hatches a plan to bring Christmas to them.

It includes the favourite characters from the Trolls series of films, voiced by Anna Kendrick and Justin Timberlake.

An overly eager elf improves Santa’s sleigh but when he crash lands far from home, three strange creatures pitch in to help send him back to the North Pole.

Young Nicolas agrees to to do Santa’s work for one year.

But the stress of the big job becomes too much for the boy – and could ruin Christmas for everyone!

This is a perfect introduction to Frozen for kids who may be too young to sit through the entire original film. Plus it’s festive-themed!

It’s Christmas in the kingdom of Arendelle. But Anna and Elsa realise they have no festive family traditions. Olaf decides to help by investigating how families in the kingdom celebrate Christmas.

The perfect family movie to curl up and watch on a freezing cold winter’s day. The story of royal sisters Elsa and Anna is a surefire hit with all kids. Plus it’s pretty fun to watch as a grown up too!

This animated version of the popular children’s book How the Grinch stole Christmas stars Benedict Cumberbatch as the grumpy Grinch.

The Grinch decides to try and steal Christmas in the town of Whoville. Meanwhile six-year-old Cindy Lou Who is trying to capture Santa so she can tell him what she wants from Christmas.

It’s a lovely introduction to the classic story.

Based on the song by Mariah Carey, who also voices the narrator in the film.

The story follows young Mariah who desperately wants a puppy for Christmas. Her parents are unsure if she can have one, so they agree to let her dog-sit a puppy called Jack.

This short animated movie is based on the popular children’s book of the same name.

At Christmas time, a group of siblings are left at home by their parents as they rush out to tend to an emergency. The kids decide to go looking for a bear.

It’s a whimsical and fun story. I thoroughly recommend the book for toddlers too!

All of the favourite characters from the Shrek movies are back and on a Christmas adventure!

When Shrek tries to plan a Christmas surprise for Fiona, but it all goes a bit wrong when Donkey gets involved.

It’s a fun story all about the true meaning of Christmas.

This animated film is based on a book by Ezra Jack Keats.

The story follows Peter, who goes on a magical, snowy walk to his nana’s home to bring back their Christmas Eve dinner.

This animated movie follows the story of Arthur Claus, the clumsy but goodhearted son of Father Christmas.

He discovers that Santa’s high-tech ship has failed to deliver one girl’s present. He embarks on a mission to save her Christmas, accompanied only by his free-spirited and reckless grandfather, a young Christmas elf and a team of eight untrained reindeer.

This movie is a great introduction to The Muppets for your toddler!

On Christmas Eve the Muppets go to the post office to deliver their letters to Santa. But it all goes wrong and they decide to head to the North Pole to deliver them personally.

In The Polar Express a young boy who doesn’t believe in Santa goes to sleep on Christmas Eve then is woken by the arrival of a steam locomotive outside his home.

He’s invited to go on a journey on board the Polar Express to head to the North Pole.

A baby crawls into Santa’s sack when he is delivering gifts to an orphanage. The baby is taken back to Santa’s workshop where he is raised by the elves.

Buddy, played by Will Ferrell, tries to fit in but he’s not as skilled at toy-making as his elf friends.

When Buddy learns who is dad is, he decides to travel to New York to find him. It’s a fun and hilarious movie, which is considered a Christmas classic!

This is a great choice for your toddler, as even older members of the family will love this movie.

This is a Muppet version of the classic Dickens novel A Christmas Carol.

Ebenezer Scrooge is played by Michael Caine, while the Muppets work as his bookkeepers.

It’s a very funny story, and a great introduction to a classic Christmas story for young children.

The story of a young boy who goes on an adventure with a snowman that he built is told with now words.

It uses beautiful music and unique animation to tell the heartwarming story.

This is an old animated movie, but still definitely a classic!

This movie was made to mark the 30th anniversary of the original Snowman film.

The story sees a young boy desperate for a dog at Christmas. He builds a snowman after finding the famous scarf, nose and eyes from the original movie, plus a little snowdog.

When they both come to life the fun begins!

The Nightmare Before Christmas (1993)

This animated movie is a celebration of both Halloween and Christmas.

It sees Jack Skellington, who lives in Halloween Town, stumble upon a portal to Christmas Town.

When he returns, he decides to bring some of Christmas to Halloween Town.

This film is set on Christmas Eve and features some of Disney’s most beloved characters including Mickey Mouse.

The story is another one based on the classic Dickens novel A Christmas Carol.

It’s a lovely look at the true meaning of Christmas, and with a running time of just 26 minutes it’s great for small children.

Rudolph the Red-Nosed Reindeer: The Movie (1998)

Rudolph has to be one of the best Christmas characters! This animated adventure tells the full story of Rudolph, from when he was born to how he struggles to be accepted because of his glowing red nose.

Other familiar members of Santa’s reindeer crew are also in the movie. It’s all about Rudolph saving Christmas! 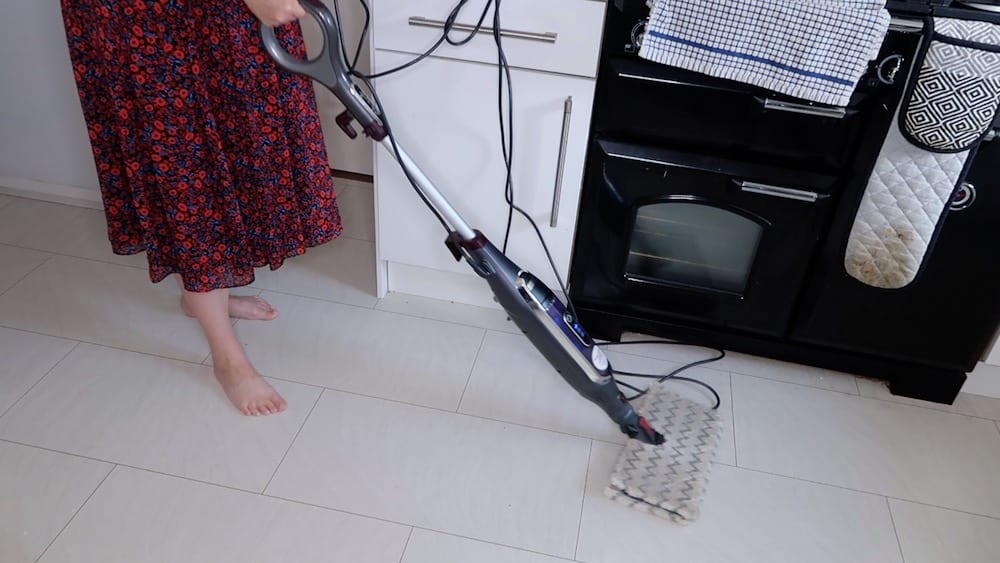 Next →
75+ baby first and middle names that sound great together
Click here to cancel reply.