13 parenting moments that make you lose the plot 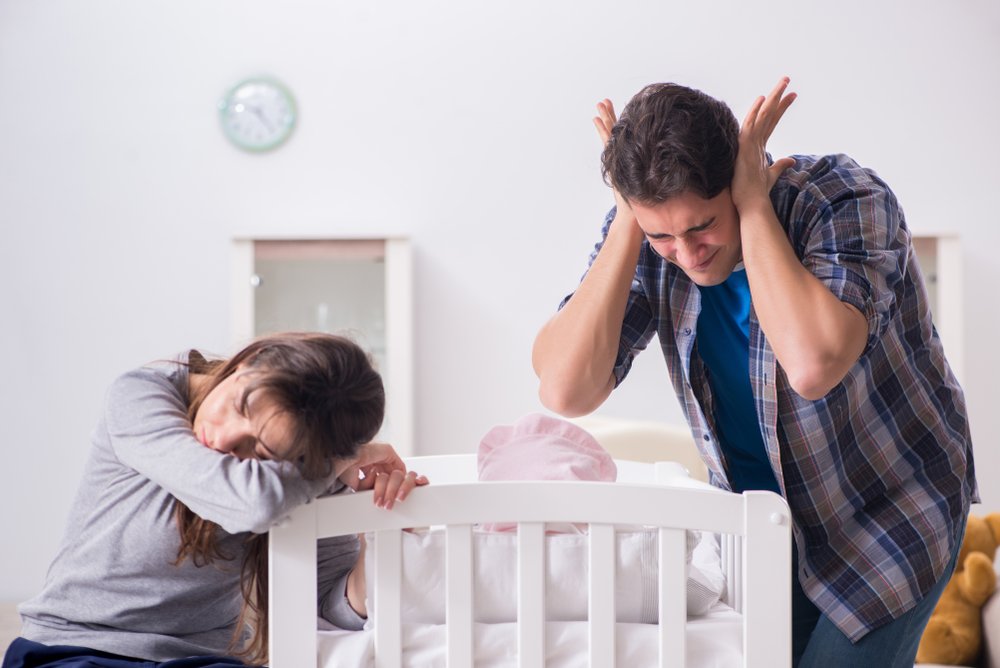 The early years are full of milestones to celebrate, but let’s be honest, there are also plenty of moments  that test our patience to the absolute limit.

Parenting littles is a tough business. They’re irrational, they’re cheeky, and they don’t give a fuck about your schedule, needs or expectations.

But it’s important to be reminded that you’re not alone in feeling like you’re running on a treadmill all day – putting in maximum effort and getting absolutely nowhere.

These are the 13 moments that will make you lose your shit when parenting littles:

Hearing this word just causes my toddler to run in the opposite direction. Then when I finally catch her, I can’t find the bloody things anyway.

2. Your attempt to go out on time is thwarted by a last-minute nappy change

You’re actually going to be on time for a change, hooray! Everyone is dressed, the bag is packed and you have just opened the door, when you catch a whiff of something that will definitely delay you by at least 10 minutes.

3. Playtime is not alone time

Wouldn’t it be great if kids could just play with their toys alone for more than 10 seconds? Unfortunately toys are apparently only exciting when someone else shows an interest in them.

You buy mountains of stuff – Lego, blocks, annoying noisy plastic junk and colouring books – but your toddler becomes bored within seconds and demands a game of hide-and-seek, just as you were about to sit down for five minutes.

4. Your time and stuff is no longer your own

So you thought it would be nice to sit down in front of the news with your morning coffee? Your toddler had other plans. Even my youngest has now learned how to say “Bubble Guppies” while handing me the Amazon Firestick remote.

5. When they stop dead in front of you

Watching a toddler attempt to walk is like witnessing a drunk person staggering down the high street on a Friday night. They think they’re walking in a straight line, but really they’re weaving back and forth while flapping their arms all over the place.

Then they cut in front of you, and just stop dead. You’ll either bang in to them, causing them to fall and glare at you as if you’re the worst parent ever, or you’ll end up apologising profusely to all the people behind you who are waiting for your child to decide it’s time to start moving again.

You’ve heard them ask for your attention, but you’re just in the middle of speaking to someone. So you attempt to ignore it. But toddlers don’t get that interrupting is rude. They also don’t get that you have ears, and can hear them perfectly well as they bellow “muuuummaaaay” into your ear the first time.

But they don’t just say it once. They say it repeatedly, getting louder every single time, while poking you in the face.

Despite expecting you to drop everything and respond to them immediately, kids have selective hearing when it comes to your own attempts at communication.

Tell them it’s time to clean their teeth, and they suddenly find what they’re doing even more interesting. Ask them what they want for tea, and they won’t even look you in the eye.

8. They cry when they’re tired

You left the room for 30 seconds to make a cup of tea. You had left your child sat at the table, with multiple colouring books, bits of paper, and stickers to keep them occupied in one place. You return to find the colouring books are still blank, but the walls are covered in thick black pen marks.

One second your little one is desperate to be held, then they squirm to be let down, then they scream because you just put them down. Make a decision!!

You’ve made them their favourite meal, but today your child doesn’t like shepherd’s pie. Unless they’ve thrown it on the floor. Then they cry because they don’t have any tea. Argh!

12. When they sleep like the dead on you, only to spring awake the second you put them down

Transferring a sleeping child is one of the most frightening things you will do as a parent. They will sleep through traffic noise, shouting, the neighbour’s loud lawn mower and the phone ringing.

But the second you even think about putting them down so that you can have a wee, their eyes will snap open and the crying will commence.

This is the time you’ve been waiting for since about 8am this morning. But for some reason it’s also your child’s most energetic time of day. They run away, kick you in the face as you attempt to wrestle them into pyjamas and then spend the next hour protesting, loudly, about being put to bed.

Babies and young children can definitely drive you completely bonkers, but we wouldn’t have it any other way. Would we?!