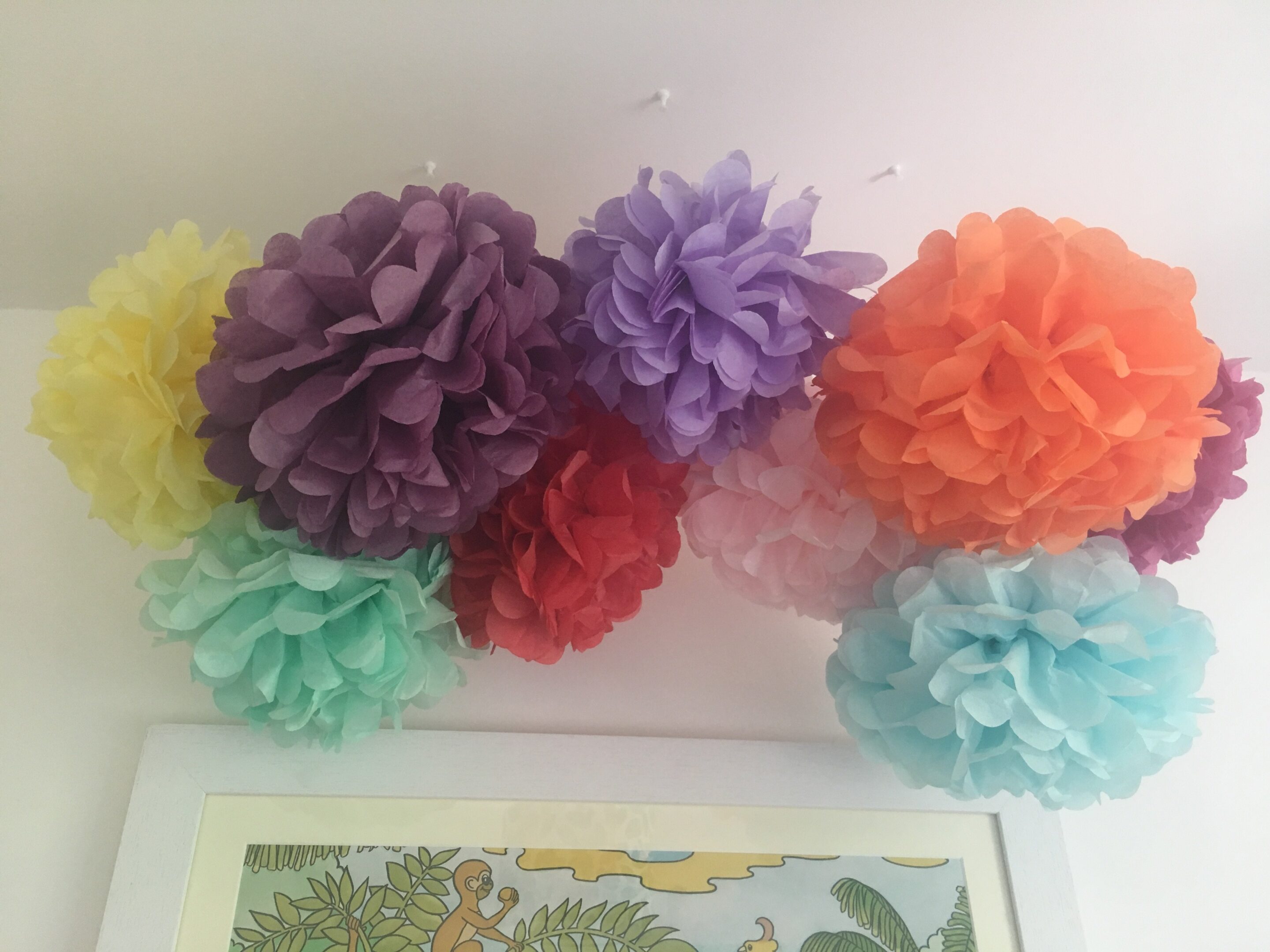 I spent hours and hours trawling the most beautiful Pinterest boards and Google images pondering colours and themes for my first baby’s nursery.

We found out we were having a girl at the 20-week scan so I could plan away for a girly nursery. I veered from traditional all-out pink to something a bit different like grey with yellow accents and chevron patterns.

In the end my decision was made for me when my mum gave us the most beautiful gift ahead of the baby’s arrival. It’s a square from the the wallpaper that used to cover the walls in my nursery 33 years ago. I was so thrilled she had kept it safe all these years. Because of the multitude of colours and the jungle animals I decided to pick rainbow colours with accents of pink and an animal theme. 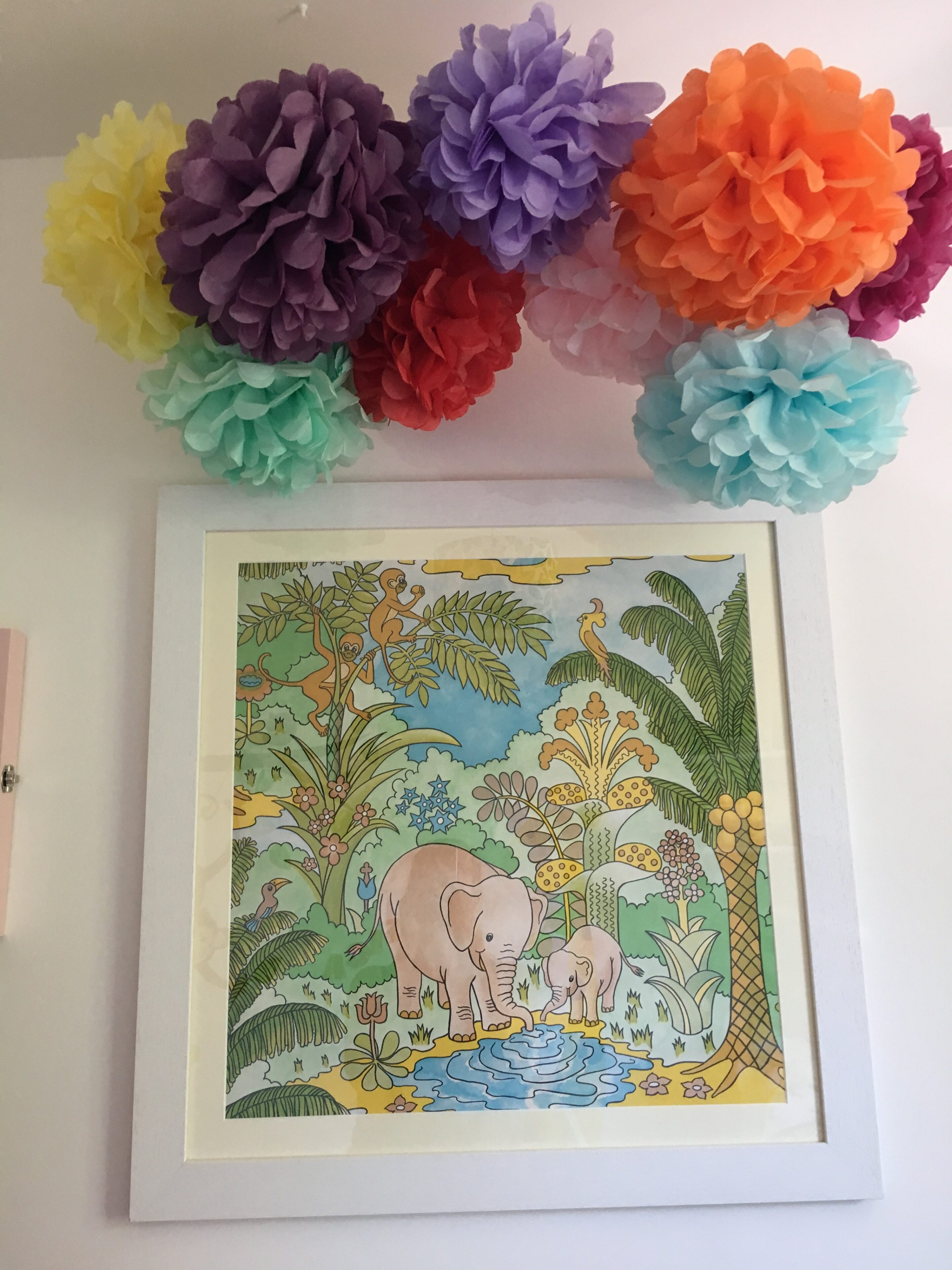 This decal was from NotOnTheHighStreet.com, they have loads of similar designs. Some can be personalised with your child’s name or specific colour scheme. I made the bird purple to tie in with the rainbow/pinks nicely.

The light shade is from John Lewis and I love how bright and colourful it is. My daughter is always pointing out the different jungle animals on there.

For the curtains I wanted a blackout design to help keep the room dark when baby was sleeping. The stars are in rainbow colours so tie in very nicely with the colours elsewhere. They’re from Great Little Trading Company. The online shop has a fab range of stuff for nurseries. They have sales all the time so sign up for email alerts so you can bag a bargain. 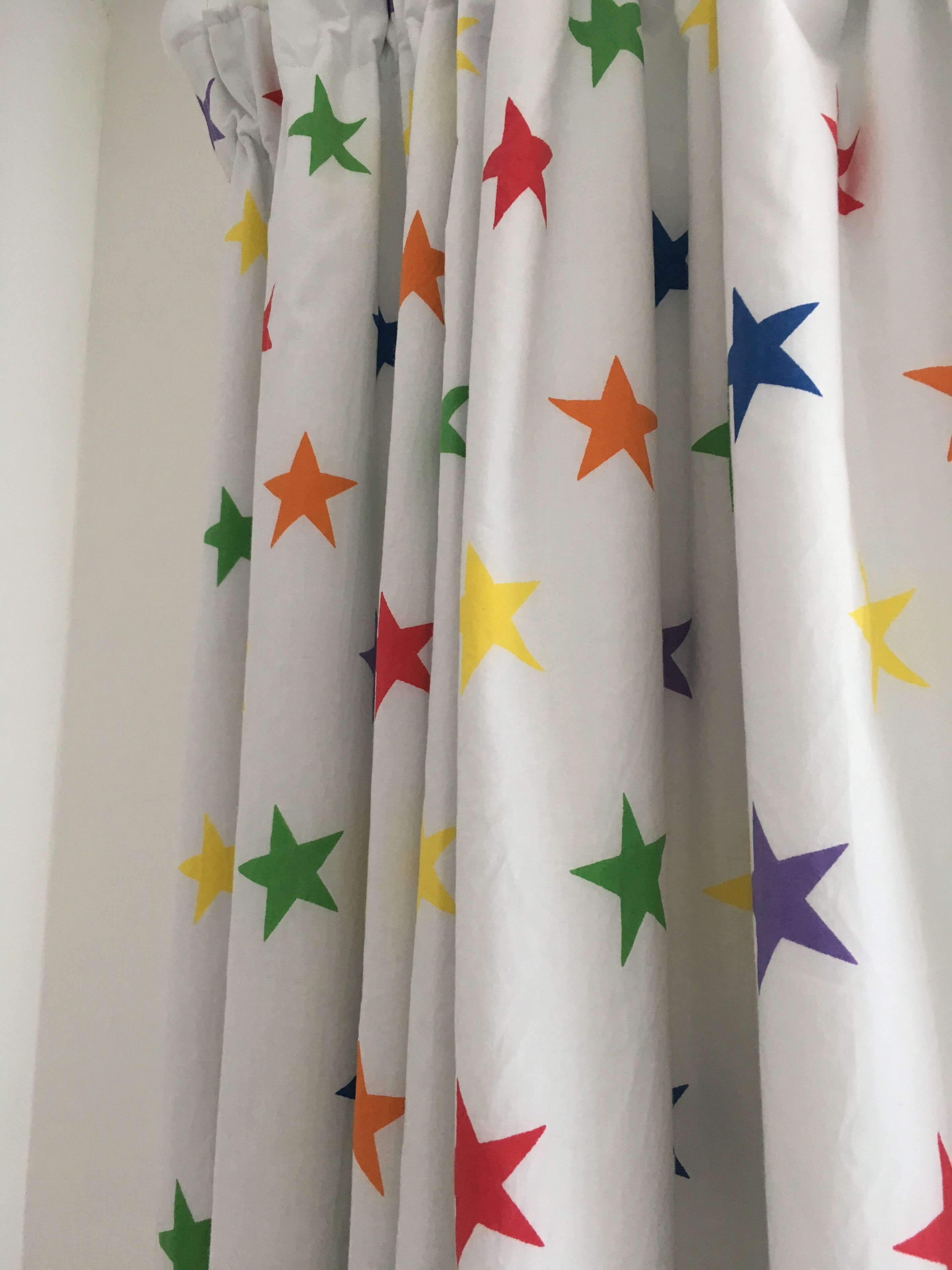 I hung pom poms on the ceiling above the large wallpaper picture as I thought I could make them look like clouds. I pondered the colour combination for hours. I went for bright rainbow shades with extra pink shades. I ordered them in varying sizes too to make the display more interesting. They’re from Deco Pom Poms.

I liked this so much I used the same idea when my second child was on the way. This time I added some pastel shades and used three balloon shapes just to make it look a bit different.

The decal on the wall of Bubba Two’s room was much easier to put up than the jungle one in my toddler’s room which was very fiddly. I think the alphabet design looks brilliant and my baby stares at it for ages. There isn’t a specific theme for Bubba Two’s room but I like to think it still looks quite coherent and fun. 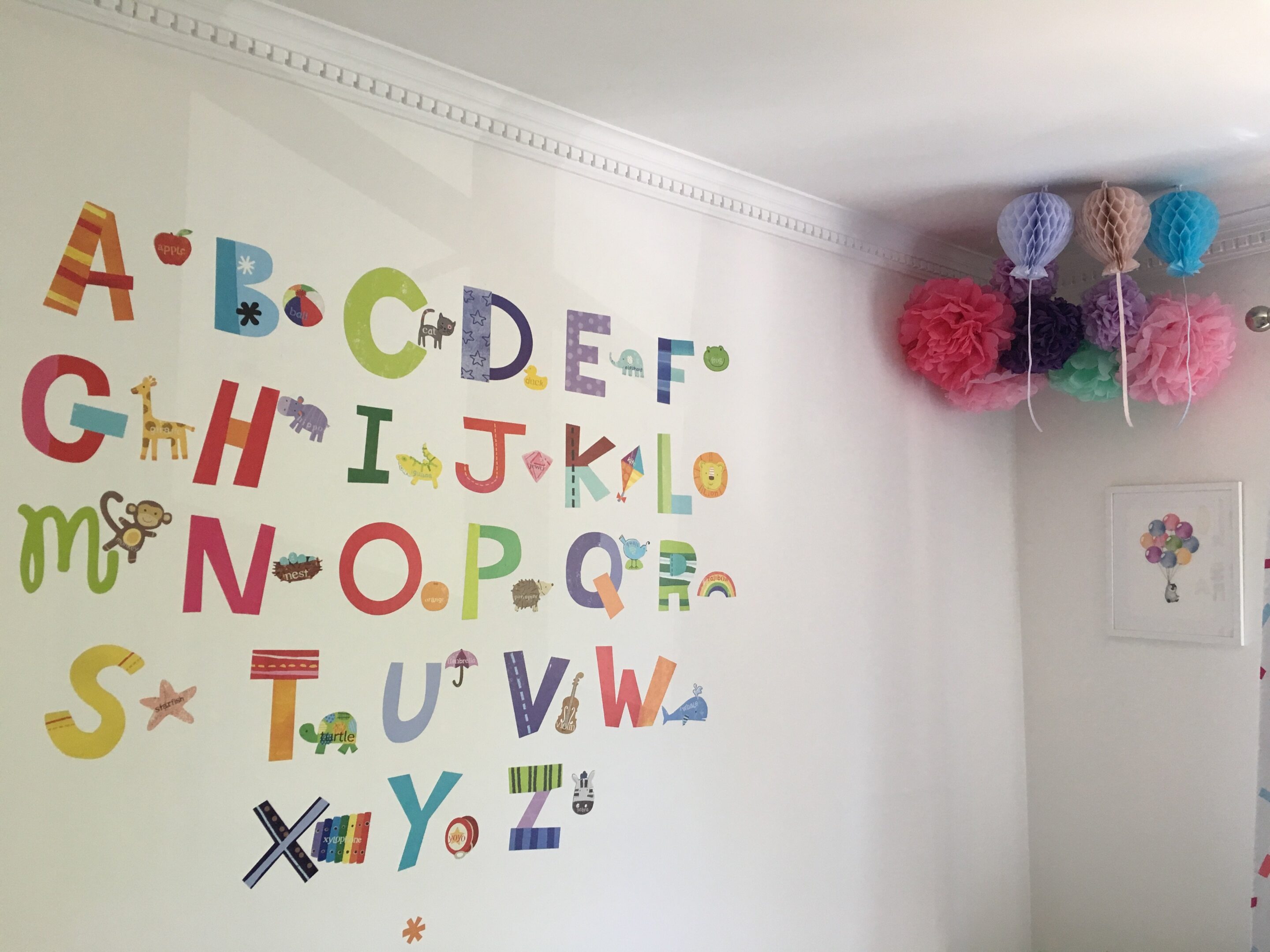 I found the picture of the penguin holding balloons on NotOnTheHighStreet.com. There’s a choice of animals and you can get the picture personalised. I think it’s such a cute piece of art to hang in a nursery. It would make a lovely gift for a new mum and dad too.

The pink sprinkle patterned curtains from my baby’s room are from Great Little Trading Company. I also got some canvas storage cubes from them to keep baby clothes in as we can’t fit a chest of drawers in this room as well as the big shelving unit. I love how many designs you can get and the cubes hold loads of stuff.

We have a string of Cable and Cotton lights in our dining room and I love how you can personalise your lights. They have so many colours to choose from and their website makes it really easy to pick the perfect combination. Because I love them so much I chose some vibrant colours for my youngest daughter’s room. I think these really brighten up the room and they give off a nice soft level of lighting.

With both rooms I went for white walls and white cotbeds from John Lewis. I much prefer the white furniture to wooden furniture. I think this is best in small rooms as it helps them to look a bit bigger than what they are, or at least a little less cramped!

When it came to a nursing chair in Bubba One’s room I didn’t fancy forking out £500 for the huge branded ones that wouldn’t fit in the room anyway. Instead I found the Ikea Poang chair in cream. It’s so comfy, was good value and will go in another room when it’s no longer needed in the nursery.

I liked the cot top changer from Mothercare so much I bought it twice! It’s £30 and not as heavy or bulky as the big wooden ones I’ve seen. I use the big Aden and Anais muslins which I have raved about before here, as a cover for the changing mat. They’re great for catching sudden accidents during changing and they bring even more colour to the nursery.

I also have the Aden and Anais dream blanket with the giraffe pattern for my eldest’s room. It matches the decal and is so soft. She’s slept with it several nights over the summer and loves it.

The light shade in my youngest daughter’s room is another John Lewis one. I love the whales and crabs on it, I think it’s really fun.