This post contains affiliate links. This means I make a small slice of commission from any sales made through the links but it does not cost you a penny more.

Have you seen those gorgeous toy party animals that look beautiful as children’s cake toppers?

You can buy ready-decorated plastic animals to decorate your birthday cake with online at Etsy or other small craft businesses. But they are pricey!

Some charge as much as £25 for just one party animal, so if you want a few animals partying together on top of your cake you’re going to need to fork out a small fortune!

I decided I wanted to go with a party animals theme for my daughter’s third birthday cake, but I didn’t want to spend £100 decorating the cake!

I did a little research and found it was actually pretty simple to make these cake toppers yourself. So I took the plunge and found some toy animals on Amazon, then decided to have a go at dressing them up as cake toppers.

How to make your own plastic party animal cake toppers

These are the animal toys most people seem to be using for their plastic party animal cake toppers on Pinterest, but of course you can use any plastic toy animal that you wish!

What’s great about this brand is you can get them in packs of four. I went for the wildlife selection, but you can choose farm animals if you prefer.

You can also get the plastic animals individually if you want more than one of the same, for example four bunnies on top of your cake.

And the results are pretty gorgeous in my opinion!

I found it all pretty straightforward once I had the right template to use to cut out the party hats.

I made the party hats using leftover cuttings from wrapping paper. The mini pom poms were in a selection bag of various sized pom poms which I got from Amazon for crafting a while ago.

All I needed to do was stick them all together with my glue gun.

After spending hours looking at images online, I saw some creators were adding balloons to their animals which I thought was a lovely touch!

I didn’t have confidence in my abilities to make some miniature balloons, but I found these alternatives on Amazon and they worked amazing!

All I had to do was snip off the wires from the base (I think it’s meant to be used all together as a cake topper but I just needed the individual balloons).

Then I used the wires on the balloons to wrap around trunks, legs or tails of the animals. I feel this finishes off the party animals really nicely!

The monkey couldn’t wear a hat because of where his hands were, so I made a little party flag using a diamond of cut wrapping paper folded in half stuck to a cocktail stick. I then wrapped one of the miniature balloons around his hand.

So if you fancy giving this a go for yourself, check out my instructions!

I’ll be adding these party animals to a naked sponge cake when my daughter’s birthday rolls around later this week. Of course I will post the recipe for that after I have baked it!

I’ve made a downloadable template for the party hat so you can just print that off at home to make your own hats. You can get your party hat template here:

This process works much better with a glue gun to stick everything together, so it’s well worth getting one. They’re a great investment to have anyway, as you’ll use them for lots of other things.

1. Print and cut out the party hat template. Use to cut a party hat shape from your chosen card or paper.

2. Glue the party hat shape together into a cone, hold together with your fingers for a few seconds to let glue set.

3. Use glue gun to stick mini pom pom to top of the hat. You can also do a ring of pom poms around the base of the hat if you wish.

4. Either sit on the head of the plastic animal or use a couple of blobs of glue to stick to the head.

5. Allow to dry and pop the animals on top of your birthday cake!

← Previous
8 ways you can help your child succeed at school 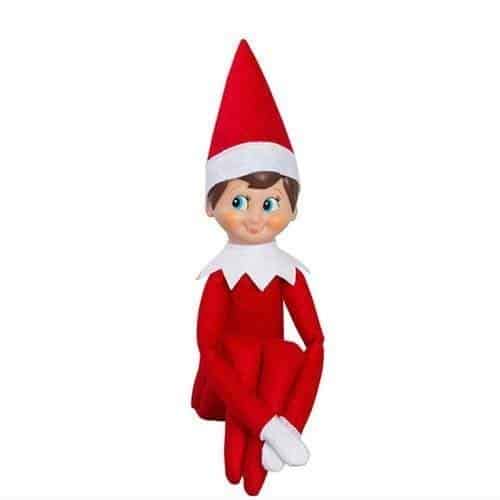 Next →
50+ Elf on the Shelf ideas
Click here to cancel reply.