Teaching your baby to sleep in the first six months 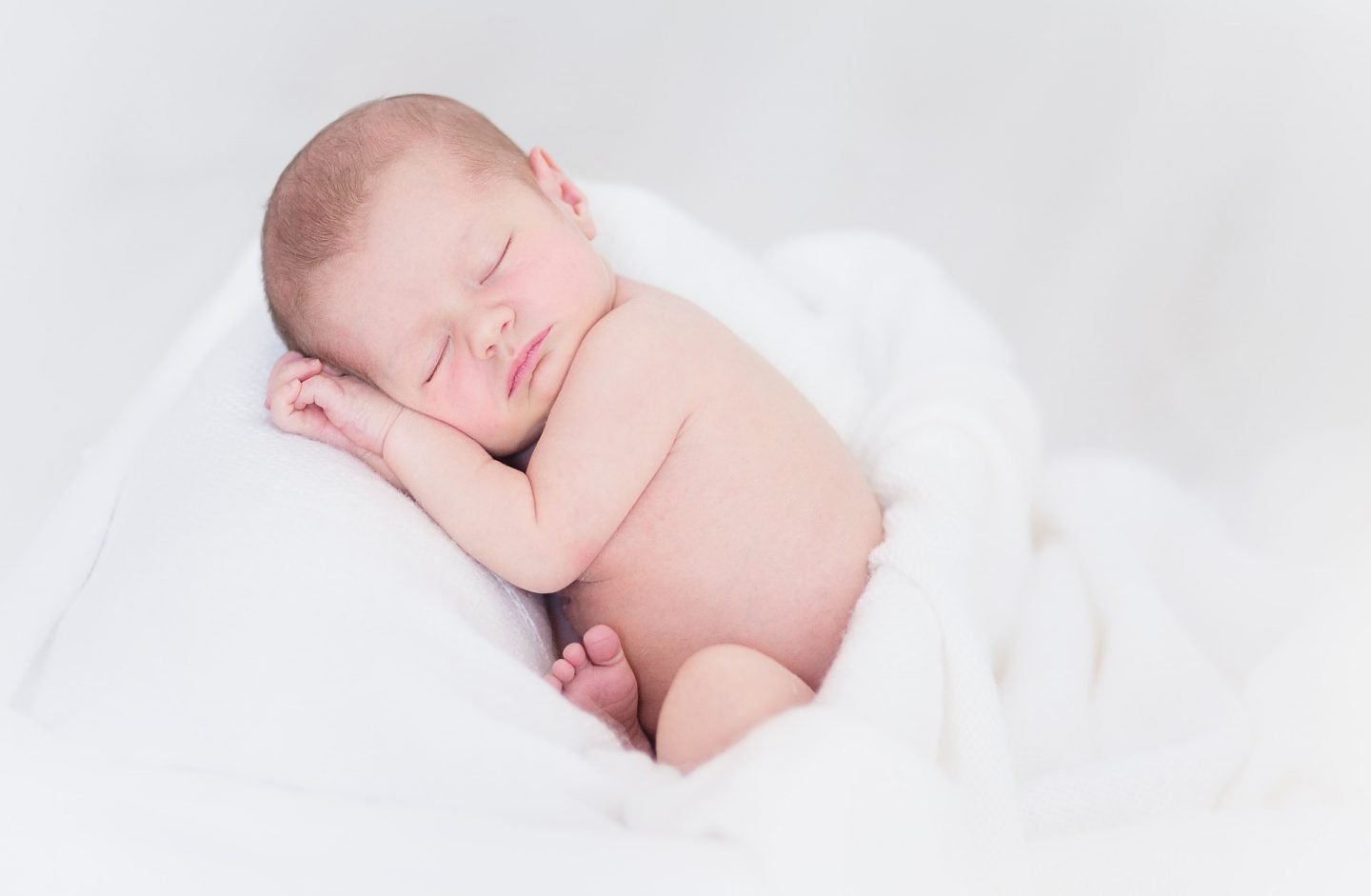 There’s no getting away from it, if you’re a human being you need sleep to survive. However when baby arrives that becomes a very difficult need to fulfil.

Those first six months can be an absolute killer. I’ve learned from my two that every single baby is different. You can raise them exactly the same and still end up with kids who are polar opposites.

However there are practical steps you can take from day one with your baby that can set you on the road to getting them to sleep through the night. I will add that some babies are just more stubborn than others and sleeping through for them can mean nine hours straight rather than the 12 hours you dream of.

This post contains all of the tips I’ve used to improve my babies’ sleep and help them to self-settle.

At the end of the day, you know your baby best and what works for you may not work for another parent. But if you’re having real issues with sleep and want to try a few different methods to get on the road to solving the problem, this is where help is at.

My first baby slept through the night at eight weeks (more on how we managed that later) and my second was very difficult for the first six months. I tried many different methods and have found some more successful at lengthening sleep.

So here is your ultimate guide to improving your baby’s sleep in the first six months:

Once your baby is a few days old and they’ve fully woken up from the exhausting ordeal of being born, you’ll probably find they sleep a lot, but in shortish bursts.

It’s likely your baby will wake every two to four hours wanting to be fed.

However you’re feeding your baby (more on feeding in a bit), it doesn’t change the fact that babies have tiny tummies and need little and often.

Feeding makes them sleepy, so try not to stress about the advice to avoid feeding to sleep at this early stage.

Separating feeding from sleeping is ideal as you don’t want your baby to associate sucking on a bottle or you with getting to sleep. This can set a bit of a nightmare precedent for the future.

But for now at this sleepy newborn stage don’t stress how they get to sleep, just be glad when you do manage to get them to nod off.

These early weeks are about survival. So sleep when the baby sleeps and don’t overdo it. You’re still recovering from giving birth and sleep deprivation is tough at the best of times.

Don’t feel bad if you hibernate for the first few weeks.

The impact of breast vs bottle feeding

My first child was fed pumped breast milk from a bottle from day one to 20 weeks. My second was breastfed with the odd bottle of formula here and there for eight months.

I found that with bottle feeding I knew exactly how much milk my baby had, so I knew when she had enough and just wanted comforting, and when she needed more food. Bottle feeding made it easier to know why she was crying.

My bottlefed baby slept through from eight weeks. My breastfed baby was a terrible sleeper. But she’s been on formula since eight months and still doesn’t sleep well at13 months old.

I would say, from my experience, bottle feeding makes it easier to get into a feeding routine quicker. That’s not to say breastfed babies don’t also get on a routine, but it’s the doubt of not knowing whether they’ve had enough that always made me second guess myself.

Read more: How to survive the first 8 weeks of breastfeeding your baby

The crucial early weeks of breastfeeding

I’m all for this when used to help babies settle to sleep in the early months. Dummies were a huge lifesaver for me with my first child and I would credit them with being the reason we got her into a nap routine and sleeping through.

With my first child we gave her the dummy when it was nap time or bed time. Once she was asleep I would take it away, as I wanted her to soothe herself in the middle of the night.

She naturally ditched the dummy at six months. My second child wouldn’t take the dummy no matter how much I tried. I wouldn’t hesitate to try it again in the future, I would say it can be a huge lifesaver when it comes to getting your child to settle without feeding or rocking to sleep.

Once your baby is about eight weeks old you may notice a pattern emerging. There will likely be a morning nap around 90 minutes after they first wake up in the morning, then one at lunch and another later in the afternoon.

The late afternoon nap tends to be the one that gets ditched first as they lengthen the lunchtime nap.

It’s a good idea to at least attempt to set the times of your baby’s naps. Once you get an idea for when they get tired, which for most newborns is 90 minutes to two hours after waking from their last sleep, try to consistently put them down at that time. For me those nap times were 8.30am, 11.30am and 3pm. This stayed the same until they were about five or six months old.

When you settle your baby to sleep, try to follow exactly the same routine each time you put them down.

You need to give them a bit of winding down time. This may involve a nappy change, closing the curtains, and singing a nursery rhyme. Then you may have a white noise machine such as Ewan the Dream Sheep that can signal to your baby that it’s time to sleep.

This is so important to getting your baby into the habit of going to bed at the same time every night. You might feel like you’re banging your head against a brick wall for a while, but eventually it will work.

The best bedtime routine typically involves a bubble bath, book or nursery rhyme, bottle or breast feed and then settling into bed.

The routine should take no more than 45 minutes. Your child may scream through all or part of it in the early weeks. Just persevere, it will pass.

I still put my toddler to bed at 7pm.

If your baby is going though a growth spurt this can be very normal. When your baby learns new skills such as rolling over this can also disturb their sleep.

Some babies find it particularly hard to get back to sleep as they move through the natural sleep cycles. We all go through periods of heavy and light sleep. As adults we can get ourselves back to sleep but babies need to learn this skill.

Try not to rush to your baby at the slightest whimper. A small amount of whinging is normal for babies if they have woken up. Give your baby a chance to get back to sleep before you rush to their bedside. This may mean leaving them for five or 10 minutes. I don’t advocate leaving them if they are really screaming, but if it’s low level crying then try to leave it for a short while.

By doing this you’re teaching them how to get themselves back to sleep.

Babies who won’t be put down

There is such a thing as the fourth trimester and it’s horrendous. When your baby screams and screams until finally nodding off in your arms, and then wakes up the second you put them down in their cot, it’s tough.

This can go on for hours and it’s frustrating.

There are various things you can try to help your baby settle to bed in their own cot:

Try not to let them get overtired, as this will mean they struggle to get to sleep without help. Start the nap or bedtime routine well before they’re tired, this means timing it right. Don’t pressure yourself too much in the early weeks, but try to find your baby’s natural rhythm and work with that.

The shh-pat technique as described by the Baby Whisperer can also help. This involves patting your baby’s shoulder while shhh-ing.

Using a dummy can work wonders when your baby won’t settle in their cot as they find suckling extremely soothing (read above).

White noise can signal to your baby that it’s time for sleep and help to calm them. There are lots of toys and devices you can get to do this. Vacuum cleaner or hairdryer noises can be really effective. YouTube has various baby sleep noises played on loop.

Read more: Surviving the 4th trimester: What to do when your newborn won’t be put down

There is no point starting sleep training in the first six months and actually this can be damaging for your baby.

Little ones have a lot of growing to do in the early months. In fact they’re supposed to double their weight in the first six months. That means they need to eat a lot and because they have tiny tummies, they need to eat often.

Don’t leave a baby younger than six months to cry it out. This is a hard time for you, but a very short time. Grit your teeth and soldier on, it won’t last forever.

Accept your baby is who they are

Some babies are just more difficult than others when it comes to sleep, like my second child. If you can accept that and take the frustration out of the situation then you will feel a whole lot better.

Read more: Life with a baby does get easier