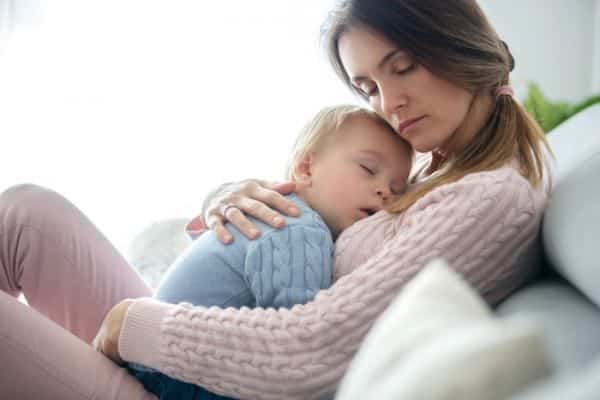 Who is the perfect mother? And why do we feel so bloody guilty that we’re not her?

The perfect mother cooks the perfect dinner that everyone wants to eat.

The perfect mother never gets bored.

The perfect mother never shies away from messy crafts.

The perfect mother never spends time staring at her phone instead of playing with her kids.

The perfect mother is unshakeable.

The other day I uploaded a day in the life video to YouTube. During the filming I took the kids to a lavender farm for some lunch and a little walk.

We had fun, for the most part, but the girls were a bit challenging, especially towards the end. I won’t go into what they were doing, but I left the farm feeling so stressed out.

I spoke about the kids behaviour during a short bit to camera. I was upset, overwhelmed and felt utterly deflated because at the time it was like a nice thing I had planned had just gone wrong.

But I decided to post it. Why? Because it was a raw moment. An imperfect moment. I thought maybe somewhere out there someone may relate.

The video went live and within a day someone commented saying yep motherhood is hard but you really shouldn’t talk about your kids in front of them. You don’t realise what they might be taking in etc.

Now, I totally agree with this person. They’re absolutely right that I shouldn’t have done that, it was wrong, and I don’t have any issue with them pointing it out at all. I decided to edit the video to remove that section, because I quite frankly want to forget it happened.

But there’s a really important few things to follow up on with this issue.

At some point, as mothers, we are going to do something wrong.

In fact we are probably going to do something “wrong” every bloody day.

There’s no such thing as a perfect mother.

It’s something we all strive for, because we love our kids more than the air in our lungs and we want them to have only the very best. That includes the very best mother.

But real life doesn’t work like that. We all make mistakes. We make them unwittingly most of the time, carried away by a sea of endless deadlines, chores, lateness and tears.

When you’re on the relentless treadmill of motherhood, it’s inevitable we are going to snap.

It’s never just one thing, it’s always lots of things. You can maintain the patience through just one thing! It’s the 156th complaint about dinner. It’s the 135th time one child pushed the other one over and made them cry. It’s the 200,000th time they said they’re hungry. It’s the 180th time they whinged they’re bored/want to go to the park/need help opening a box they’ve been opening and closing all afternoon.

We are only human!

The sad thing is how much we punish ourselves for it.

At the end of a long day I always focus on that one time I lost it and shouted. Not just raising my voice, but that really deep, almost Batman type growly scary voice that shows mummy is losing the plot.

I don’t focus enough on the fact that I took the kids somewhere fun. That we all laughed together at a silly moment. That I treated them to an ice cream. That I read them an extra story at bedtime.

We just don’t focus on the good stuff. And we don’t see the reality, that motherhood is hard. It will drive you bonkers, pushing you over the edge, and sometimes you’ll push back. You’ll say things you wish you hadn’t.

So none of us are perfect. Least of all me. We all know when we’ve messed up.

Is there an easy solution to rid yourself of the guilt at not being a perfect mum? I’ll be honest, nope there isn’t. Sometimes you may feel like the worst mother in the world.

If you struggle with this internal battle of mum guilt and perfect mother syndrome, try to remember these points:

Remember these things and also remind yourself that the perfect mother does not exist. We’re all as close to bloody perfect as we are going to get!