How to stop nappies leaking overnight

Wondering how you can stop your little one’s nappy from leaking overnight?

A leaking nappy at night is a very common problem. It happens for one of a few reasons:

Nappy leaks at night leave your child feeling chilly and eventually may wake them up.

If you’re co-sleeping it means you may be in the firing line for the pee too!

I remember both of my kids suffered from leaking nappies at various times.

The stressful thing about it is the big change of clothing and bedding you end up having to do in the middle of the night. With babies under six months their poo is very runny, so cleaning up a poop explosion is especially grim.

Nappy leaks may happen randomly at various points in your child’s life. They’re nothing to worry about apart from the disruption it causes to you of course.

But if its been happening for a few nights in a row then there are a few things you can do to address the problem right now and get back to dry nights.

Tricks to get baby to sleep

Make sure the nappy is fitted snugly

If you’re using nappies that fasten, rather than pull-ups, then ensure you have fitted it nice and snugly to the body.

It shouldn’t be so tight its uncomfortable, but the nappies are designed to have a bit of give so don’t be afraid to get them fitted nice and snugly.

Check the size of the nappies

Your child’s nappies may be too big or too small.

A nappy that is too small will struggle to absorb all of the liquid your child produces and may also not quite sit high enough on the waist to stop wee bursting out over the top.

On the other hand a nappy that is too big won’t fit snuggly around the thighs and waist, making leaks very likely.

Check the nappy fits well by popping on finger down the leg holes and waistband. You should be able to fit the finger between your baby’s skin and the nappy but no more.

Look at the weight guidelines on the nappy packaging to see what will work best for your child.

Look for brands that promise 12-hour dryness to be sure they have the highest level of absorption.

Different nappies have similar sizing bands but they may fit your child slightly different. Have a look around for different brands and given them a try.

The best nappy brands for overnight absorbency are:

If normal nappies are not doing the job then consider a switch to cloth nappies.

They are better for the environment and you may find they work much better for you.

Investing in all of the kit with your first child will certainly mean you make a saving on nappy costs in the long run as you use the kit again if you have more kids.

There’s information about the pros and cons of disposable vs cloth nappies here.

Get some nappy liners

Nappy liners are used with reusable nappies usually but you could pop them inside a disposable nappy to give an additional layer of absorbency.

You can buy nappy liners from supermarkets, Amazon and other online baby shops.

Add an extra layer to your nappy with a cloth nappy wrap. This is like another nappy, and they come in some very pretty fabric prints.

You would typically use these with reusable nappies, but you can pop them over disposable nappies to provide an extra back-up nappy to catch any leaks.

The Nappy Lady says this is a very common solution people with leaking disposable nappies often turn to when they’re seeing lots of leaky nappies.

Get them to use the toilet right before bed

If you have a toddler with a leaky pull-up problem at night then pop them onto the night right before you shut the lights off for bedtime.

Babies have tiny tummies that need feeding little and often. You increase your chances of getting extra sleep if you put them down to bed at night with a full tummy.

But with toddlers you could try offering their bedtime drink about 45 minutes earlier than usual.

Then they should be ready to empty their bladder before going to sleep.

Change the nappy right before bed

Change your baby’s nappy right before you put them down for sleep as part of your bedtime routine.

Even if it seems like its only a little bit damp, you will give the nappy a better chance of coping with the wee overnight if its a fresh one.

With newborn nappies you get a wetness indicator on the front. When its turned blue that means the nappy is full. Have a look at it before putting your baby down and if its even a little bit blue then change it.

Change their nappy before you go to bed

If you’re anything like me even walking on a creaking floorboard makes you panic about waking them up!

But I have managed to change my kids’ nappies when they were asleep and honestly they did not wake up even for a second. Once a child is in proper deep sleep, they are quite difficult to wake up.

To change your baby’s nappy in the night try the following:

Little boy parts should be pointed downwards towards the absorbent part of the nappy. If they point upwards then they are more likely to shoot pee up over the nappy.

Once babies start to roll over they often favour sleeping on their tummies. Both of mine did when they got the knack of it.

However when your baby sleeps on their tummy or side then it can caused the nappy to shift and cause a gap that allows wee to shoot out over the top.

Try checking your baby’s sleep position before you go to bed to check the nappy is on tight enough to prevent leaks.

Moving your baby is pointless, as they will just roll back to their comfiest position over time.

If the nappy still leaks even if you have tightened it up, consider the above tips including trying a different brand of nappy or a bigger size that fits high on the waist.

Make the nappy hard to pull off

Sometimes the nappy doesn’t leak, but your child rips it off or partly off leaving them partially uncovered.

You can make it difficult for your child to do this by putting the nappy on back to front. Otherwise try switching to pull-ups which don’t have the rip tabs on the sides.

Use a waterproof bedsheet

A waterproof bedsheet is your secret weapon when the nappy leaks happen no matter what you try.

It protects the mattress from the leak so that you simply strip off the bedding and then put fresh linen down.

Many mattresses come with a zip-up mattress cover that is waterproof to protect the inside of the mattress from wee seeping into it.

Add an extra one on top of that and you will prevent the mattress from becoming stinky and dirty.

If all else fails and you still get a nappy leaking in the middle of the night, you can cut the time it takes for you to get everything clean by doing this!

This way if your child’s nappy does leak then you can just whip the top sheet and waterproof sheet off and you have a second layer right there ready to use. 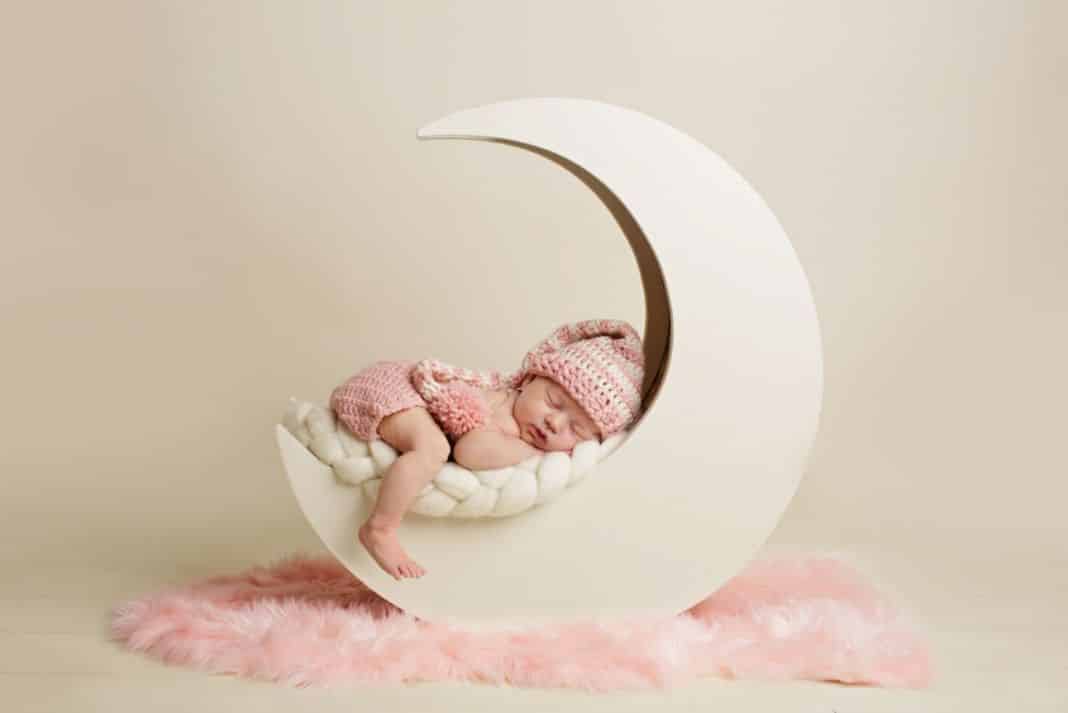 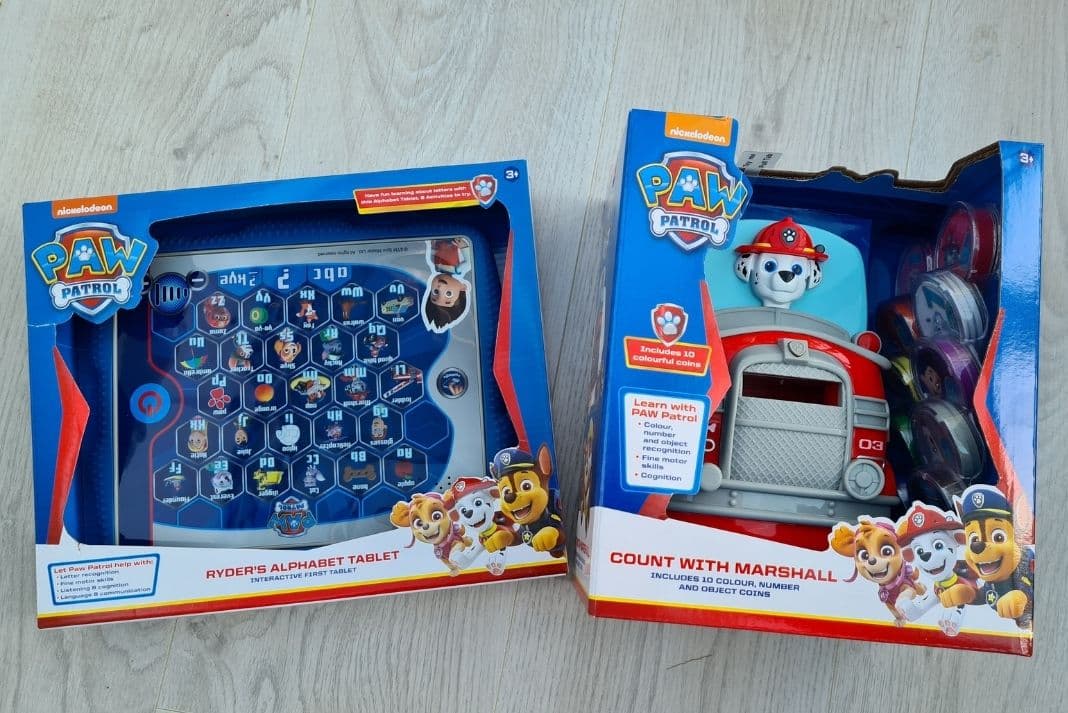