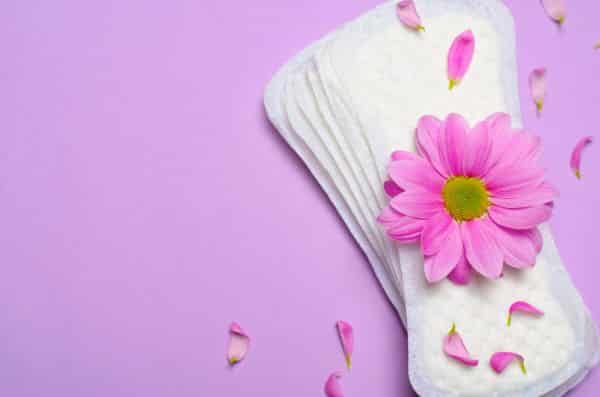 However as a mama of two healthy girls, who bled for the first eight weeks during both pregnancies, I want to let you know that bleeding can be nothing to worry about.

If you bleed heavily and for several days or weeks during early pregnancy the automatic assumption is that you are having a miscarriage.

However there are reasons why you could be bleeding which do not necessarily mean you are going to lose your baby.

Statistics show around 20 per cent of pregnant ladies will have some degree of spotting, or light bleeding, in early pregnancy.

But if the bleeding is heavier, a strange colour or lasts for a long time, it’s probably going to make you worry. The important thing is to take a deep breath, try to stay calm and get in touch with your doctor or midwife as soon as possible.

If you’re waiting for an appointment, or worried what the bleeding could mean, here’s a bit of information and my own story to hopefully make you feel better.

What’s the difference between implantation bleeding and other bleeding?

If you have just done a pregnancy test and had positive result, having just a few days ago had spotting that you were sure meant your period was here, you may be confused.

Implantation bleeding is a very normal and very common occurrence in early pregnancy. It happens when the fertilised egg implants to the side of your womb. As these changes happen inside of you, a little of the womb lining may be dislodged and this can cause spotting.

Implantation bleeding will come before a positive pregnancy test. It may look like period blood, but slightly paler in colour – more pink than red.

You may also experience brown discharge, which can also be a sign of implantation bleeding.

Bleeding that soaks through several pads in one day is probably not implantation bleeding.

Other bleeding, such as a period, will be much heavier, and be bright red in colour. A normal period tends to start light and then get heavier, lasting for four to seven days.

What should I do if I’m bleeding in early pregnancy?

The key thing to do is to get in touch with your midwife or doctor and let them know as soon as possible if your bleeding is heavy and you’re in pain.

Heavy bleeding that continues for more than week should also be reported to your doctor. If you are bleeding and have had a positive pregnancy test, do not use tampons. Use Sanitary pads instead.

Your doctor may refer you for an early scan, however it’s worth remembering that if you are very early on your baby may not yet be visible on scans.

When will pregnancy spotting stop?

Some people, like me, report bleeding in pregnancy for the first three months! For most you can expect it to last just a few days.

I bled heavily during the first two months of both of my pregnancies.

The blood was bright red and at times heavy enough for me to worry it was a period. It would get through one or two sanitary pads a day.

The important thing to note here is that both of those pregnancies went on to produce healthy and happy babies. There were no other complications in either of my pregnancies.

One thing I would say is I had very odd periods before falling pregnant. I would bleed for more than a week each month and then have a very short break before another period started up.

I would also occasionally spot between periods as well. Cervical smear tests and examinations showed nothing untoward, so I guessed this was just the way my body was, or a result of being on the contraceptive pill for more than a decade.

As a result of the pain, I was given an early scan to make sure all was OK. With my second pregnancy, I had no scan until 12 weeks as the NHS would only scan if there was bleeding and pain. This was because they’re stretched to the limit and only want to deal with the most urgent cases.

Pain and bleeding can mean an ectopic pregnancy, so I understand why they want to protect their resources for only the most at-risk mamas.

That early scan for my first baby was a frightening afternoon. I was around six weeks pregnant at this stage and had been bleeding for three weeks off and on. On some days, the bleeding was very heavy.

The ultrasound technician had to use the scary-looking internal scanner to get a look at what was going on, as the baby was too small to be picked up on the normal ultrasound.

However within seconds she had found the baby and could see a heartbeat. All was well!

The bleeding continued for several more weeks before finishing at around 10 weeks. I never knew why my body bled so heavily in the early weeks of pregnancy.

I wanted to share my specific story because I want you to know that, if you are worrying about your bleeding in pregnancy, it’s not necessarily the case that you are losing your baby.

Please seek medical attention as soon as possible and try to remain as calm as you can.

I wish you all the best. X