What would you do to protect your child? Or perhaps the more accurate question is, what wouldn’t you do?

Fierce sees a normal mum forced into a nightmare situation where she must protect her young son when a gunman opens fire while they are visiting a zoo.

The pair are trapped as bullets fly out, and with no help in sight, Joan faces every parents’ worst nightmare as her son’s life is threatened.

Surrounded by exotic beasts from the animal kingdom, Joan embraces her inner lioness to keep her boy safe, forced into increasingly desperate situations and choices as she struggles to escape.

I was on the edge of my seat throughout this rollercoaster of a story. The book dishes out tension by the bucketload, with several moments having me gritting my teeth and wincing as I feared for the woman and her innocent boy.

The story begins with a normal afternoon at the zoo. Joan is watching her four-year-old son Lincoln playing with his toys as they relax in a quiet spot.

As they move to leave the zoo, she hears gunshots, then she sees bodies. I felt Joan’s terror as she runs, carrying her son in her arms. When she hid I felt the weight of tension as she worried whether her four-year-old could remain quiet enough to keep them hidden – as a mum-of-two I knew it was unlikely she could.

As the gunmen stalk their prey, the feeling of panic tightens its grip, as Joan and Lincoln try to find a way out.

When Joan comes face to face with the disturbed individuals who want everyone in the zoo to die, she shows something we all have buried deep within us as mothers. The strength to do whatever it takes to protect our children.

I loved the pace of this book, which leapt straight into the action part of the story and kept me right on the edge of my seat throughout.

The book switches between the perspective of Joan, the main narrator of the story, and other victims of the shooters, as well as one of the shooters themselves. 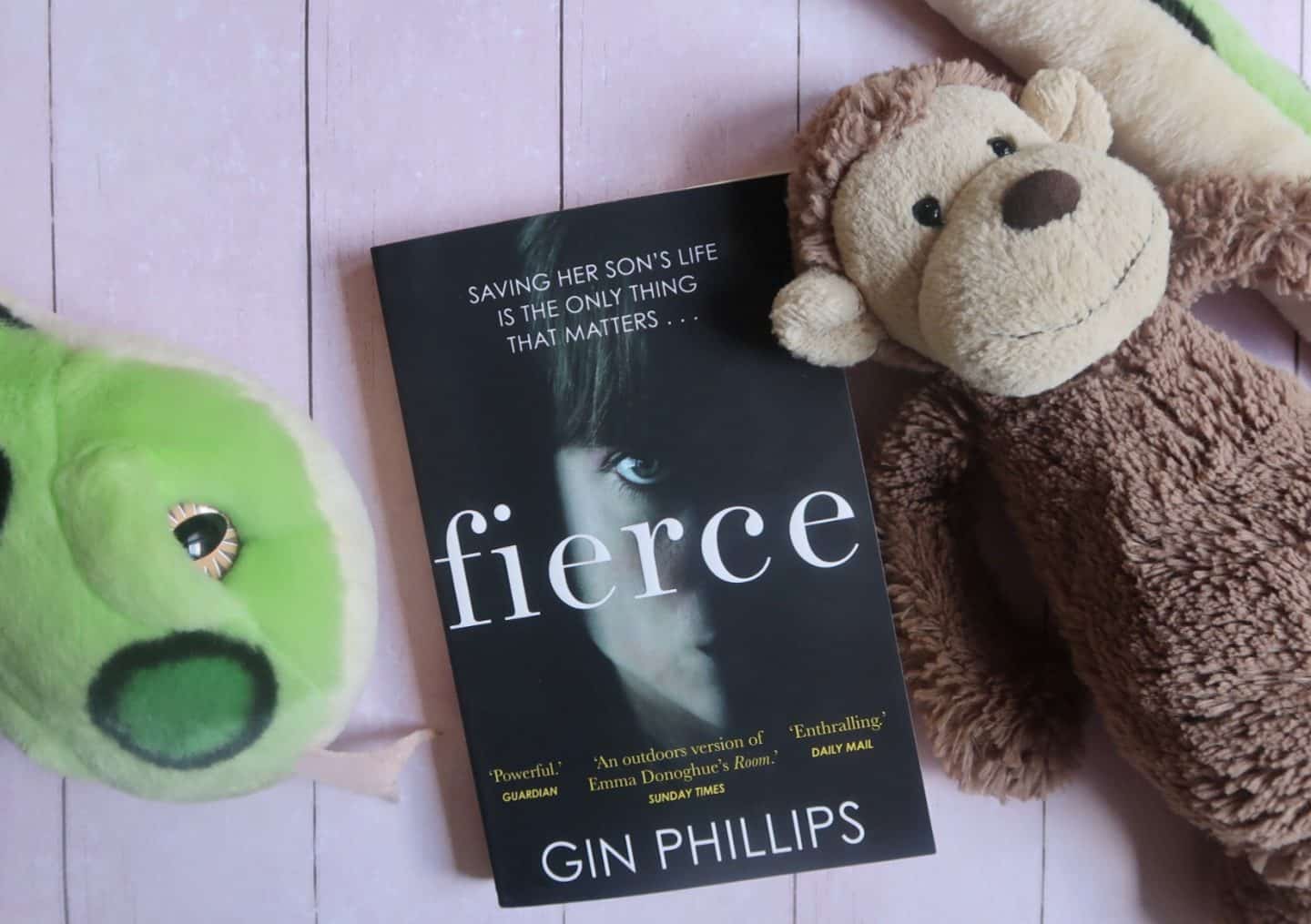 To be honest, I would have happily stayed with Joan the entire story. It’s a short book, and her reactions and experience were the most interesting to me.

One part of the story both chilled me and has stayed with me most of all after finishing the book. Not wanting to give too much away, but it involves a screaming baby (yep, a screaming baby in the middle of a hiding from rampant gunman situation) and a bin.

Despite its nightmarish subject matter, when I finished Fierce I wanted to read it all over again for the very first time, which is the sign of a skilfully crafted book.

Fierce is a quick read, so perfect by-the-pool fodder. Just don’t expect it to be a relaxing one!

I received the book for free as part of the Mumsnet Book Club. All opinions are my own.