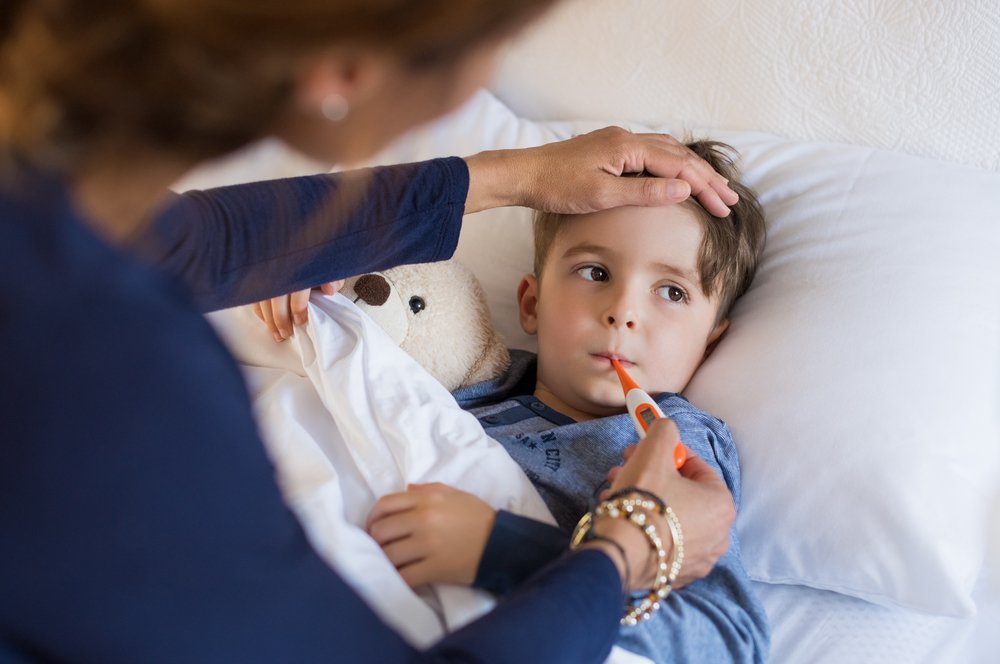 Do you think your child has chicken pox? Are you looking for ways to stop them from scratching and help them sleep through the night?

Although you might feel powerless, there are actually quite a few things you can do and remedies, including natural ones, that can help.

Both of my kids have come down with chicken pox in less than two weeks in our house.

It’s great to get this childhood rite of passage – if you can call it that – out of the way in one go but on the other hand it’s a horrible bug.

I have a one year old and a three year old, and while they both suffered I would say my youngest’s rash was far worse.

She has eczema as well which I think has made her rash far worse.

So after spending several weeks nursing kids with pox, I thought I would share all the things I did to get my poorly kids through it.

Does your child have chicken pox?

Chicken pox is extremely infectious. Kids can catch it just by playing in the same room as a child with the virus. If your child hasn’t had it before and has been in contact with someone who has the virus, then they are at risk of catching it.

It is most common in ages four to 10.

I missed the signs of chicken pox with my three-year-old, who caught it first from another child at nursery.

I saw that she had a pimple-type spot behind her ear one morning, but assumed it was an insect bite or a blocked pore.

However she had only been at nursery for a couple of hours when we received the call that it was indeed chicken pox, and the spots were spreading fast.

The most obvious sign of chicken pox is the rash. The pox spots look like tiny blisters. There may be some redness around the spot, likely from where you child has been scratching.

Your child will start with one or two, but the spots may be far more widespread within the next 48 hours. Spots can appear everywhere, including the face, scalp, ears, back, chest, legs, arms, hands, feet, bottom and private parts.

Not all kids break out in loads of spots, I would say my youngest child had far more than my eldest.

My baby had a very extensive chicken pox rash

Chicken pox has an incubation period of two to three weeks.

As well as the rash, your child may have a fever, aches and pains, loss of appetite and be very sleepy.

How long will my child have chicken pox?

Chickenpox is infectious from two days before the spots appear to until they’ve crusted over, usually five days after they first appeared.

My toddler was allowed back into nursery once her spots had scabbed over, which was around seven days after they first appeared.

However two weeks later she still has some spots that are healing, although she’s feeling completely better in herself.

It may take four weeks for all spots to heal completely.

How can I treat my child’s chicken pox?

There are lots of remedies and things you can do to help a child with chicken pox.

The virus gives you two main issues to contend with: the itching and the fever, which will make your child feel unwell.

Here are my 11 tips for helping your child:

Cancel any plans and keep your child at home. Give them lots of cuddles and love, make sure they a comfortable, and give them extra naps if they need them.

My baby preferred napping in my bed with me during her worst couple of days, as she just wanted to be cuddled the entire time. 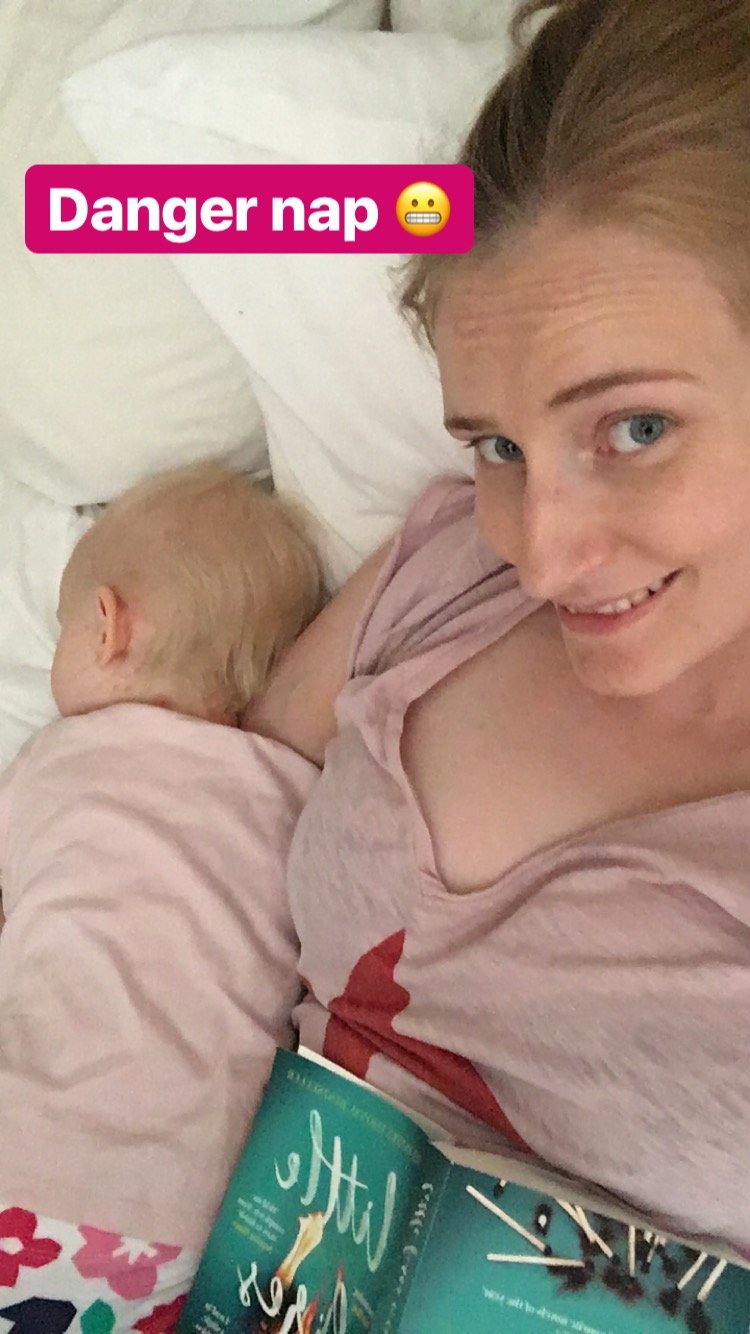 Keeping hydrated is so important. Offer water frequently throughout the day. If your child is refusing to sip any, then try ice lollies to encourage them to take some fluids.

Cut your child’s nails as short as you can using nail scissors and a nail file. You need to reduce their scratching as much as possible, as if they keep breaking the blisters and picking at scabs then they will scar.

If you can, try using socks over your child’s hands to stop them itching. Dress them in light clothing, with long sleeves and trousers, so that they cannot access quite so much of their skin.

A nice cool flannel, dabbed gentle on the spots, can ease the itching for a short while. Don’t apply ice or ice packs directly to the skin, wrap them in a towel or a clean cloth.

These can be bought from pharmacies. We had a cream and a lotion. I would say the cream was easier to apply, and the lotion was pretty messy.

Both had some impact on the scratching so they are definitely worth a go, and you can apply liberally whenever you want.

If your child is aged less than 12 months, do consult your GP about using this, as it’s not suitable for babies.

However for children over one, it can help with the itching.

Oats are not only a great treatment for eczema, but they also ease the itching associated with chicken pox!

Get some simple porridge oats, pop two handfuls of them into the foot of an old pair of tights, tie a knot close to where the oats are in the foot and then chuck this into a bath of running water.

Squeeze the tights and watch the water turn a lovely creamy colour. It’s so soothing for skin!

Ibuprofen needs to be avoided, as it can have a nasty reaction with chicken pox. However you can offer paracetamol to a child with a fever over 38C due to chicken pox.

This can really ease the itch, but shouldn’t be applied to broken skin.

Mix a little baking soda with some warm water to create a paste, then dab it gently onto the spots.

Buy some fresh, clear, natural honey. Apply this to the skin in a thin layer and leave for 15 minutes until absorbed.

I don’t really recommend this one unless you are absolutely desperate because it is messy, but it can help stop the itching!

Dab this onto the spots to provide a bit of relief from scratching. Don’t put it onto broken skin.

My two children only had two days where they were particularly poorly, and the rest of the time it was just a matter of keeping on top of the itching.

Remember that if you are really worried, contact your GP. However don’t head straight down to the surgery without speaking to someone first, as there may be vulnerable elderly people or newborn babies who could catch the chicken pox and it can be really nasty for adults and very small children.

I hope these tips have helped and that your child is feeling much better soon!