The 10 girl code commandments we all should be following 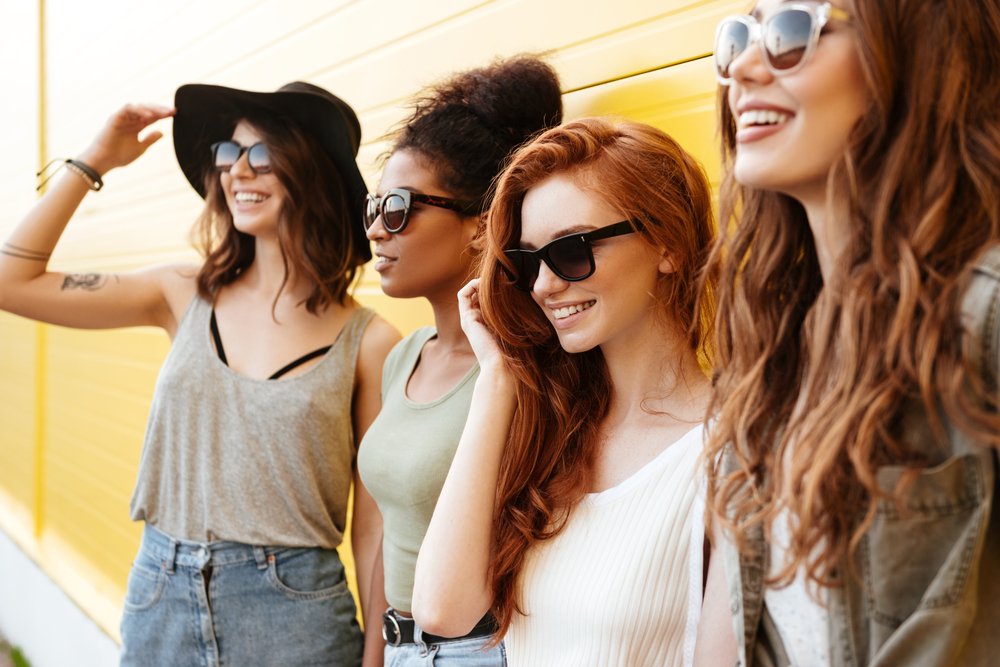 Watching Love Island should be braindead, entertainment-only TV. But this week it’s made me think. Shocking, right?

In case you haven’t been watching it – you need to get watching it right now – here’s a summary of this week’s antics. Loved-up Laura had been with toy boy Wes since the show started about four weeks ago.

Then “Muggy” Megan, as she’s been dubbed, decided Wes was more appealing than the fella she had been coupled up with, and made her move. She told Wes her intentions, salivating in front of him as he declared he felt the same about her and even had the nerve to beg him to kiss her, before discussing any of her feelings with Laura.

When Laura found out Wes had decided he wanted to “crack on” with Megan, while also seeing Laura, she understandably hit the roof. All under the watchful eye of a very smug Megan, who knew she had lobbed a grenade into the situation.

As Laura walked off in disbelief she hurled insults at Megan, who then gleefully hopped into bed with Wes just hours later.

Watching women snatch men off their so-called friends, calling each other “slags” and seeming utterly unmoved in the face of each other’s heartache has made me wonder. Are we taking the girl code seriously enough?

I’m not saying that there aren’t a few dissenters in the ranks, but by and large I think men follow the bro code pretty religiously. They are more respectful of each other, and look out for “bros before hos”, if you want to put it bluntly.

Women on the other hand like to talk about the girl code, but are the majority of women actually following it? Or is it being forgotten in the face of bitchiness and low self-esteem that pushes some to tear others down in a bid to build themselves up.

I suppose what I’m ultimately trying to say is, can’t we just be a little nicer to each other?

With that in mind, I thought I would outline the 10 commandments of girl code we should all be following. Because if we don’t have each other’s backs, then who the hell else is going to save us when the shit hits the fan?

1. Thou shalt not steal another girl’s man

This is low on my list of worries. Both me and hubby are too knackered to even contemplate the logistics of having an affair, let alone feel the need to have one.

But to make it absolutely clear. No, you cannot help how you feel, but you can help what you do. Your pal’s fella is off limits. Forbidden love is sexy, until everyone ends up in tears hurling crockery at each other. Just don’t do it.

2. Thou shalt love your fellow mama

Being a mother is tough. We need to take care of each other.

If your pal is having a challenging week, text her and ask how she is. If your friend just had a baby, send chocolate.

3. Thou shalt not judge

There are some circumstances where people are fair game for judgement. People who neglect, mistreat and abuse their children, they can be judged the fuck out of.

However when it comes to a fellow mum who is simply doing her best by bottle feeding, co-sleeping or whatever other parenting choice she has made, let it be. It’s quite simple. If you don’t have anything nice to say, then you don’t have to say anything at all.

4. Thou shalt not use the c-word

Of course sometimes it comes in useful. When you’re in the middle of a frustrating traffic jam for example.

But if you’re thinking about hurling it at a friend, keep the four-letter rants under wraps and think, does she really deserve it.

In my mind, nine times out of 10, when women throw this kind of language at each other, it’s usually over a man. Why do we throw abuse at each other, when the guy is at the very least 50 per cent culpable, if not 90 per cent?

5. Thou shalt support each other’s dreams

If we can support each other to reach our goals, then we could really run the world.

There is enough success out there for all of us to have more than just a simple taste of it. So let’s not be jealous of each other’s goals and achievements, lets say well done, and ask how we can help to make it happen.

6. Thou shalt not throw shade

At some point, we all say something bitchy about another female. It’s just a part of life and social interaction that we sometimes comment on the actions of others.

Chat about what your pals are up to, offer a positive opinion, but don’t slate your friends. This all goes back to commandments two and three.

7. Thou shalt be honest

If a fellow mama is being treated unfairly, tell her. If she has something in her teeth, tell her.

Be honest, but not brutal.

When a friend is having a hard time of it, sometimes one of the best things you can do is suggest a night of escapism with a bottle of wine, whether that be out or in front of the TV.

9. Thou shalt offer to help

When a fellow mama is drowning under the weight of all her responsibilities, step up and offer a helping hand.

Above all things, let’s be nice. It doesn’t take much to say something kind, or send a supportive message. The impact that an individual’s words has on another individual cannot be underestimated particularly when someone is struggling with their mental health.

When we build each other up, we can do anything!