As I sit writing this I am surrounded by the evidence that I am in way over my head.

My children are wrestling on the floor – they’re bored because I haven’t had a chance to play with them since they got home from nursery – and I know we’re only seconds away from the words: “She bit me/pinched me/hit me/pulled my hair!”

Half chewed, soggy bread sits in one corner – the remnants of a bribe-gone-wrong. Toys litter every corner of the room, there’s a potty full of wee amid the chaos and at least three half-full sippy cups are scattered around oozing out water/milk onto the carpet.

Elsewhere there is a load of wet laundry in the washing machine that needs to be emptied, however there’s nowhere to hang it because I haven’t got around to taking down the last lot of clean clothes and putting them away.

Upstairs the bathroom is a disaster zone that would test even the muscle-iest of Mr Muscles, the beds are not even casually made – they are in utter disarray, and clothes are flung on the back of every chair, bed post and square inch of bannister.

As I survey what used to be my pristine home I cannot even decide what to tackle first, as the phone rings. It’s work and I need to finish something up for them.

Despite this I am grateful for the raisins littering the floor – grateful because I thought they were something else that no one wants littering a floor with infants crawling about.

But I’m coping – depending on how you define coping. Yes, the house is a mess, the kids are fighting and work is probably sick to death of me saying “my toddler has another cold” and “no I can’t swap that shift, I can’t sort the childcare”.

However I am getting two kids to nursery every day at roughly the right time, the house might be a mess but it’s not like those pictures of homes where hoarders live and I am just about playing the part of a competent journalist at work.

When it comes to dinner everyone has different tastes, which seem to change daily at the moment. I’ll spend 15 minutes making turkey goujons from scratch and congratulate myself on not resorting to a packet meal. But then my toddler juts out her chin and insists it’s fish fingers or nothing, so Captain Birdseye sinks my battleship. Again.

I’m a work mum of two. I’ve been living it for the last month, we’ve all survived and I haven’t been sacked.

This week my kids have been unwell, as has my other half, so on Sunday I had to work a full day, look after the kids and sort out dinner. Sounds like I totally kicked motherhood’s arse, right?

Actually I stuck my toddler in front of the telly ALL day. When I say all day, I’m not over-exaggerating in that way where you casually throw out “all day” when you really mean one hour, I actually had kids’ TV on all day. Thank god for Netflix.

My baby was so ill she lay still in my arms while sucking her thumb as I struggled to reach around her to type on my computer, anxious about deadlines. Dinner was care of the freezer, thank goodness it’s packed with convenience goodies.

So is this what rocking motherhood feels like? You’re trying to do everything, you’re not getting any of it right, but you’re just about scraping through by the skin of your teeth every single day.

In which case rocking motherhood isn’t a state of mind, it’s how much you can pretend to everyone around you that you’re totally fine. Really, honestly, truthfully, totally fine. 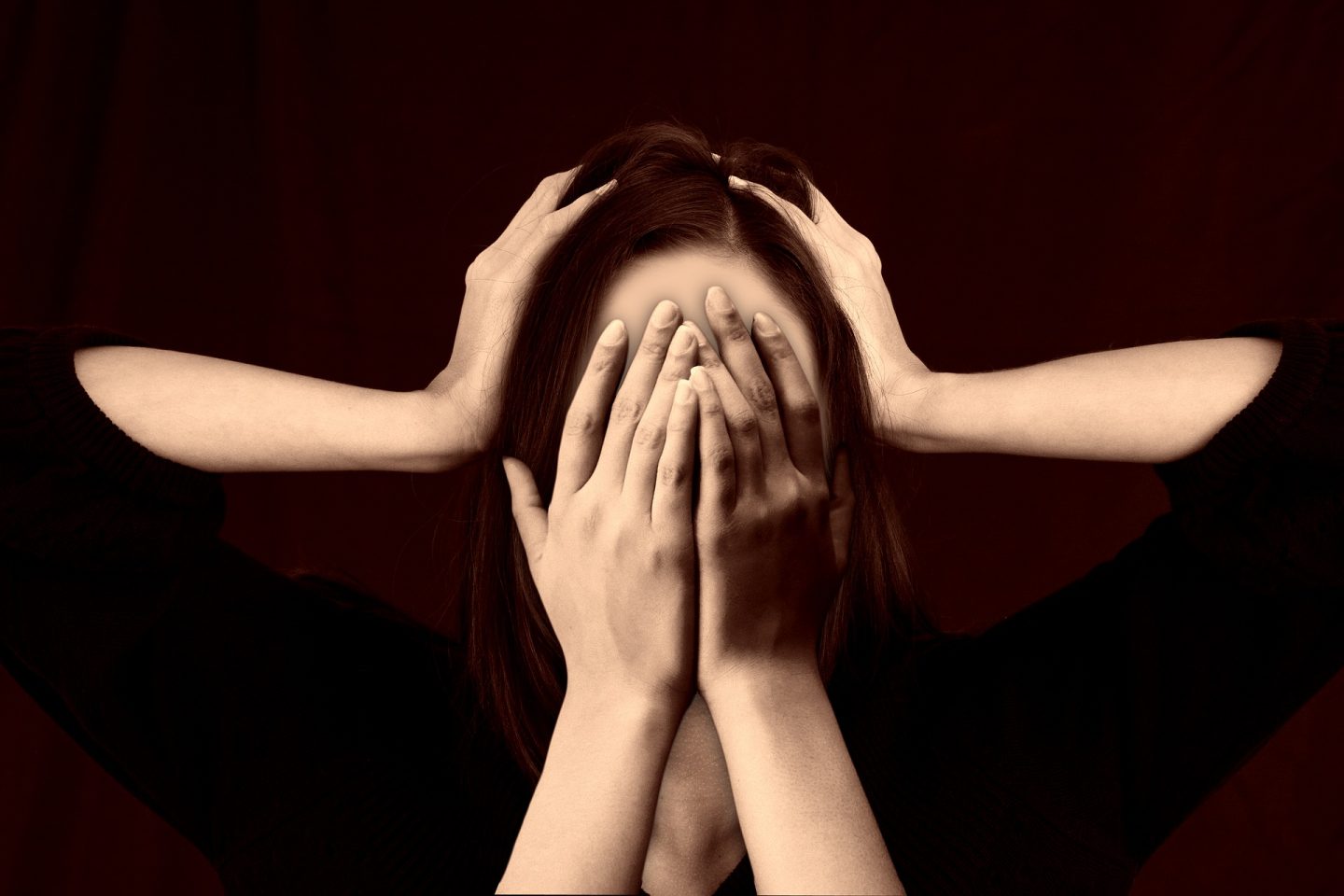 For now I have to accept that I am not rocking motherhood, it is rocking me.

At the end of every working day when I collect my kids from nursery I hear about all of the fun things they have been doing, with other people, and feel sad it’s not me playing with them.

When I see colleagues have been nominated for/won awards for their incredible work, I know that will never be me, because I just don’t have the time to put in the groundwork needed to be put forward for industry accolades.

I look at pictures of other people’s stunning homes on Instagram, with their bright feature walls, quirky artwork, open-plan living space and pretty throw cushions, and I know that my house would have an interior decorator running away in tears – or rubbing their hands with glee at the thought of how much they can charge to sort out this mess.

Me and my other half haven’t had a date night in well over two months and we desperately need it, but have no idea when we can fit it in between the constant colds, work meetings, family commitments and other random s**t that just gets in the way.

When we hear the words “rocking motherhood” it conjures up images of a smiling, beautifully turned out mum. She’s making a joke with her kids, baring her perfect, white teeth, and has not one stain on her white T-shirt.

But I call bulls**t, because nobody’s life looks like that. Unless you line up the camera at precisely the right milli-second, because we all know everything would go to hell within a few seconds. Someone would cry, be sick or have an accident, and that perfect smile would drop. It’s back to the grind, the grind that we are all living regardless of our situation.

So what does it take to “rock motherhood”? I believe it actually is a state of mind, despite my previous words above. It is probably only achieved when you reach a stage of giving zero s**ts about what others think or say.

Let’s help each other to rock motherhood, by telling one fellow mama she’s doing a f**king amazing job this week. If we say it to each other enough, we should start to believe it.