Baking bad: Why I’ll never appear on Bake Off 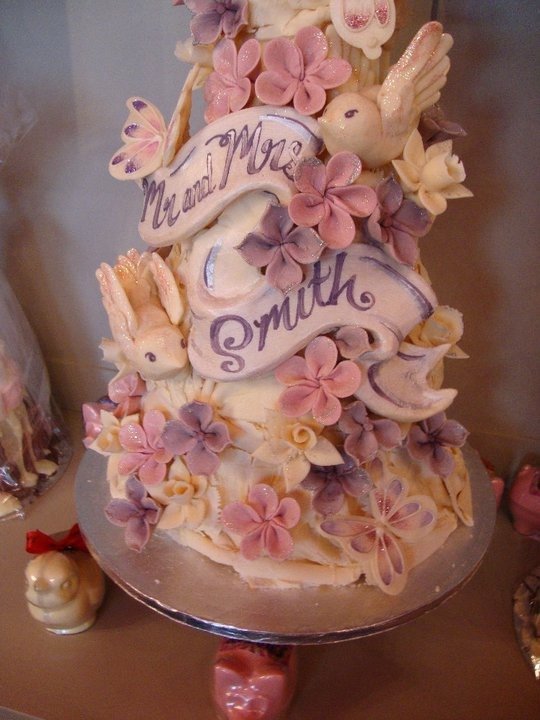 There are few things that you can be absolutely certain of in life, but I know for a fact I will never compete on Great British Bake Off.

I’ve made my peace with simply being a spectator to greatness when it comes to baking. But I do wish I could produce things that look just a little bit Insta pretty.

This week I baked some cupcakes with my toddler. With the rain coming and going like my mood swings after giving birth I decided the best bet was to choose an indoor activity.

The trouble is, when you’re rubbish at crafts like I am, what do you do with a two-year-old?

There are stickers off course, those are an easy option. But toddlers have an attention span of, maximum, 30 minutes when it comes to these kind of things.

Unfortunately stickers and crayons can only get you so far on a rainy day indoors.

So I put my enthusiastic mummy face on, put a chair by the kitchen counter for her to stand on and pulled the baking ingredients out of the cupboard.

What’s great to see is my toddler does actually know the basic ingredients for baking a cake. I’m not sure if she learned this from me or an episode of Peppa Pig. I like to think I’ve managed to impart at least some wisdom over the last two years, even if Peppa is a tough act to follow.

Mixing the batter up is easy thanks to my generous mum who gave me her old mixer when she upgraded to a fancy newer model.

Before I had to do it by hand which only served to put me off baking even more. What did women do before kitchen gadgets?

I imagine that women in the 1800s must have just never left the kitchen. If only they had blenders, electric hobs, ovens, mixers, and mini blow torches they could have at least put their feet up for five minutes a day, if their kids allowed it.

Back to baking. I like to get my toddler to help out, seeing as the entire purpose of baking together is to give her something to do.

However, like with most things involving kids, things never go quite to plan. Our mixing up of the ingredients generally goes like this:

I get out all the boxes and then immediately regret getting out the pot of jelly diamonds before the cakes are ready to decorate as that’s all she can focus on.

I have to constantly bat her little hands away to stop her grabbing the bags of flour and sugar for fear of a major spillage that I would be clearing up for weeks to come.

Then comes the mixing and my toddler always wants to have a crack at mixing the batter by hand. She even has her own little whisk.

The trouble is it drags on and on and on. 10 minutes go by and she’s still at it, plus a lot of the mixture is going on the kitchen counter. We’re losing valuable cake!

Losing sight of why we’re doing this

Then I inevitability forget the whole purpose of baking is to entertain her, not follow a recipe to the letter. So I start getting frustrated that the batter has gone everywhere, I stop her pouring the flour in because I don’t want her to make too much mess and I hesitate to let her spoon the mixture into the cupcake wrappers as it just ends with the wrapper stuck to her spoon.

Then I muscle in and take over, forgetting this is supposed to be her gig!

It’s hard to make sure decorations like chocolate sprinkles actually end up on the cakes and not in my toddler’s mouth.

So, the end result? These little lovelies.

We managed to make 11 cupcakes because we ate too much raw cake mixture to make a 12th.

But in the end it was worth it, despite the epic mess. We had a good hour of entertainment, we had a few laughs and we had some cake to eat at the end of it. They weren’t Insta-worthy but they tasted great.

I’m grateful that I have a few years until I have to worry about school bake sales. Is it wrong to buy M&S cakes and pass them off as your own? 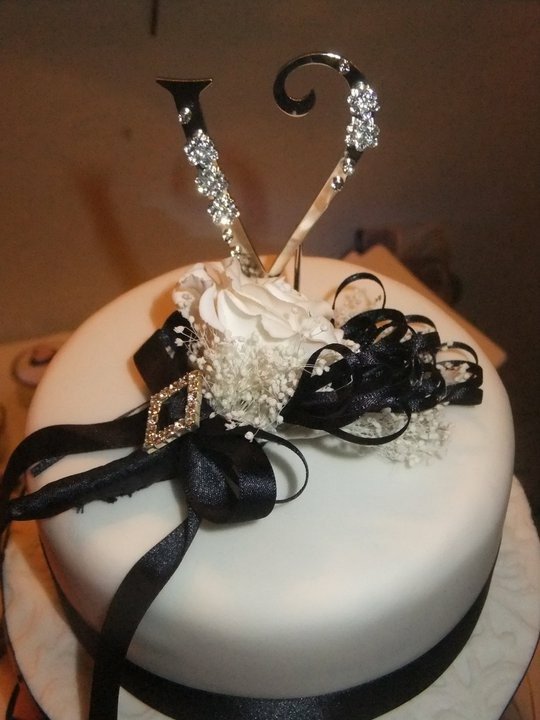 Thankfully my mum is an amazing baker and sugar craft whizz. She even made my wedding cake, which was beautiful.

She also made this beauty for my cousin’s wedding last year which I thought was incredible. It featured orange and lemon flavours. Yum.

A wedding cake made by my mum for my cousin’s wedding – impressive!

So at least my little girl has a chance of maybe some day appearing on Great British Bake Off, as long as she inherits nana’s kitchen skills instead of baking bad like mummy.