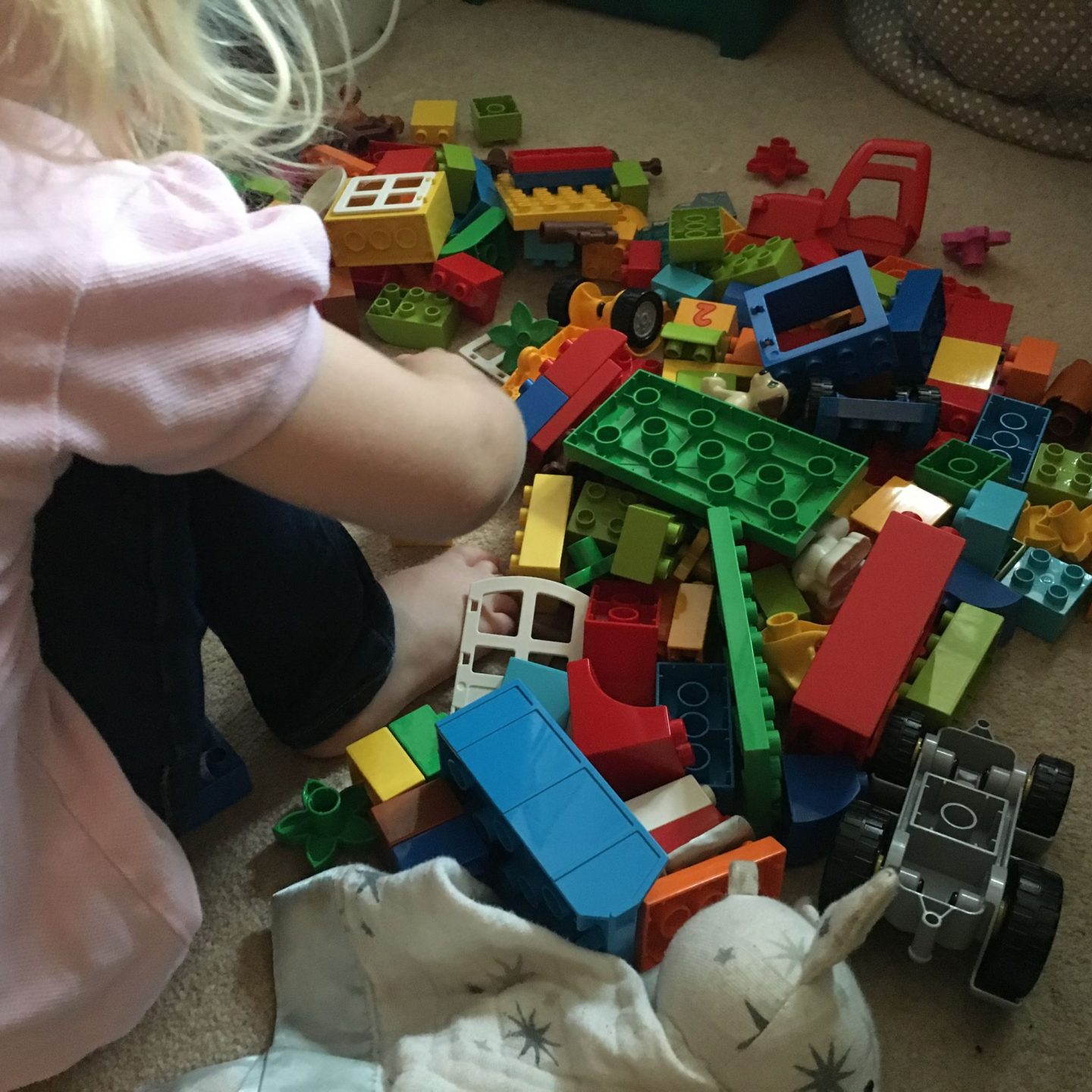 Lego is great, but it takes forever to clean up at the end of a day

Baby and toddler products are supposed to make our lives easier.

They cost an arm and a leg to buy, so surely it’s not too much to ask that they deliver on their promises to help rather than pile more stress on our already full plates.

As a mum of two I’ve tried out my fair share of duds when it comes to child products promising me the moon on a stick.

It’s so disappointing when you open that shiny, pretty packaging – after nearly taking out your thumb as you hacked through all the cable ties and clamshell plastic – only to find its just some overpriced tat.

I’ve ranted before about baby products I didn’t need to spend money on – I could have saved a fortune!

Other things have delivered in some respects, but they have irritating features that have me holding back the f-word every time I use them.

With that in mind I’ve come up with baby products that are great, but really need a design overhaul with help from mums in the know.

1. Buttons on the back of tops

With newborns the buttons or poppers need to be at the front – only someone who has never changed a floppy-headed newborn would design otherwise.

You’re left trying to prop them up with one arm and undo the buttons or poppers one-handed.

Such a faff. Of course you could just adjust to this issue like my husband has and put tops or dresses on back to front. Problem solved!

(He hasn’t done this to be clever, he just doesn’t get girls’ clothing)

Once children get to that age where they fidget and arch their back to fight being strapped into the buggy, the last thing you want is to be struggling with the straps.

Particularly irritating designs for five-point harnesses feature straps you have to fit together over the shoulder and across the waist before you can click them in to the central point.

It’s a race against time when it happens in public and you feel all those eyes on you as your child screams like you’re torturing them.

If there’s one thing you would think companies would have got right by now, it would be bottles.

Sadly it’s not the case and I am going to name names, because I’m ruthless like that!

I bought Dr Brown’s bottles after they were recommended by several mum pals. They’re not cheap, but I’m willing to pay for something that promises to tackle colic.

I noticed no less crying in my baby and they leaked every single time we used them. Not just a little dribble, we’re talking big blobs of milk over us and all over the sofa. I went to the website FAQ and it had this issue highlighted.

There was an incredibly convoluted explanation about vacuums and why the liquid has to be at the right temperature to create a seal. I followed the company suggestions to solve the problem. The bottles still leaked.

Also in the bin for me were Philips Avent. Exactly the same problem as with Dr Brown’s.

So what did I do in the end? I bought some basic Medela, no frills, no anti-colic rubbish, bottles and teats. No more leaks and certainly didn’t cause any extra gas for our baby.

My conclusion. These bottle manufacturers that promise they’re offering an anti-colic solution are talking rubbish.

Yes we are living in a far more enlightened age now we have disposable nappies. I can’t imagine using reusable ones. Sorry planet earth!

But can we sort out the design so the poo is caught before it shoots up the back of the baby and all over their clothes? The clean-up effort is not pretty.

5. Millions of tiny plastic tags on toys and clothes

Why would children’s retailers warn us about being wary of buying the right toys for the right age group and then package them up with all those tiny plastic ties and tags?

You always lose at least one bit and that’s the bit your baby will be chewing on in about 10 minutes time. This is an example of something that causes wrap rage.

Cleaning them is an utter pain in the bum. Food runs down the sides, all over the straps and gets into every little nook and cranny.

7. Hoodies and jackets with crappy zips

When your child realises it’s time to go out, they want to be out of the door 20 minutes ago. Therefore they go into increasing meltdown every second you waste faffing with the zip on their coat.

The zips are tiny, fiddly and always catching on something. Poppers would be a good solution.

8. Shoes with no give

These cause similar headaches as the above. When you have shoes that slip on they need to have a bit of give in them so you can get them over the foot.

Pulling shoes on your own feet is one thing, trying to do it with a toddler who doesn’t understand the concept of pushing their foot down to help you out is a nightmare.

The sheer volume of products that come without the batteries that you need is mind blowing.

It’s like the inventors of these products don’t have kids. If they did, they would know how horrendous it is to deal with a small child or be desperate to use a, hopefully, useful baby product and to be without the random-sized battery it needs to work.

I love Lego, I do. But I often gaze at the scattered blocks across my living room floor at the end of a day and curse the day it was invented.

I would also like to include jigsaw puzzles, shape sorters and these eggs in a box here.

I think if toy companies are going to keep parents happy they need to invent something that tidies itself away at the end of the day.

Some kind of central magnet maybe that’s controlled by a button you push and all the bits go rushing into the box on their own.

We’re trying to teach our toddler how to help out with tidying up her things. So far, it’s actually creating more mess than its solving.

Do you have any baby or toddler products that could do with a design overhaul to improve them? I would love to hear from you.

Mum life, Pregnancy
The ultimate baby registry: What to buy when you’re pregnant
Mum life
Top tips for protecting baby skin
Mum life
A letter to my first-time-parent self