5 reasons a ‘month of silence’ after birth wouldn’t work 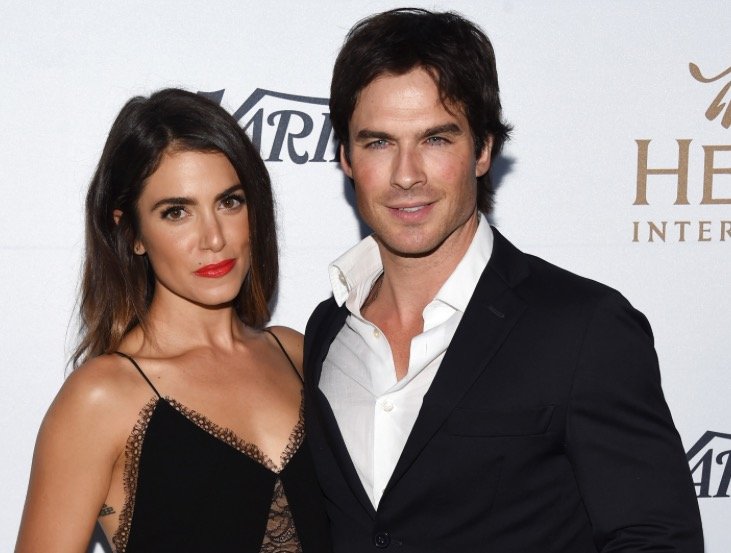 Twilight actress Nikki Reed and her husband Ian Somerhalder have vowed to take a “month of silence” following the birth of their baby.

But before the arrival of her baby, Nikki revealed she would be banning visitors and taking no phone calls in the first months after the little one arrives

She said: “We’ll take the first month for ourselves. After the baby arrives, we’re doing one month of silence. Just the three of us, no visitors and we’re turning off our phones too, so there’s no expectation for us to communicate.”

I can’t decide if this is a great idea or sheer madness at the thought it could actually work.

When you have a baby, people want to wish you well and, more importantly, check out the new baby.

I suppose if you’re a celebrity you can afford a wall of bodyguards around your home to keep the cooing well-wishers at bay.

But could it work for the average mum?

I just don’t see how I could’ve made this one work. It sounds lovely in theory. No one to clean the house for or make tea for. No pressure to make polite and intelligible conversation. No need to answer the door when you just managed to get the baby down for a nap. No need to get out of your pyjamas. No need to wash your hair.

The Somerhalders could be onto something here, but I’m not sure I could achieve a full month.

What would put a stop to your month of silence:

Grandparents
You can turn off your phone, you can put a polite sign requesting no visitors on your door, but there is nothing that will get between a new grandparent and their newborn grandchild.

They would assume a ban on visitors couldn’t possibly mean them, they’re the grandparents after all. You will live to regret giving them that spare key.

The need to get out the house
It’s a fact that new mums are likely to kill and eat the father of their baby if left alone with them for too long after giving birth. All it would take is one flippant remark about being woken up by the baby crying and a new exclusively breastfeeding mum would pounce and devour.

In all seriousness, staying in one house with just your other half and baby for company would get pretty claustrophobic after the first week. You have to get out of the house, even just for a five-minute walk.

And you need to see and communicate with other people, a chat is great but you also need to make sure you’re not going insane. In those early weeks you feel like you’re the only one in the world feeling so overwhelmed and freaked out at this huge change in your life.

Finding another mum who feels exactly the same is one of the most reassuring things you can do in the early weeks.

The diligent NHS
I lost count of how many times I saw a doctor, midwife or nurse in the weeks after birth. There’s so many boxes the NHS needs to check and jabs and tests to be given to the baby that the visits feel constant.

Hunger
No matter how diligent I am about the weekly online shop, we always end up needing some extras. Add into that the confusion of being post-birth with a clingy newborn who is draining your already-depleted energy resources even more by feeding constantly. Nothing encourages hunger and cravings like breastfeeding.

I would be starving about five minutes after eating in the early weeks. As a result, we had to go out for food top-ups all the time.

The desperate need for reinforcements
You might make it two weeks, but after that you’ll be desperate to chuck some dirty washing your mum’s way and ask her to cook one of her amazing lasagnes while she’s at it.

Babies are tiny but they get pretty cumbersome when you’ve been holding them non-stop for two weeks. Having a willing pair of arms to take over for 10 minutes can be a relief.

After considering the reality of postpartum life for a new mum I’ve concluded that a month of silence is not only unrealistic, but it actually wouldn’t be as fun as you at first think it might be.

I’m instead calling for a “month of consideration”. Where visitors make themselves useful, people only ring the doorbell when invited and friends don’t call you on the phone when you might be napping. Also people would send food, lots and lots of food.

What do you think about the idea of a month of silence? Do you think it could work?

Baby, Mum life
Will your baby be safe with a cat?
Pregnancy
Prepare for baby with the ultimate pregnancy to-do list
Baby
18 rookie mistakes all new parents make